We intended to visit the Jardins du Luxembourg.  What should have been an easy transfer at Réamur Sebastopol was complicated by the fact that all signs for line 4 had been removed as part of some work. We found the correct platform by trial and error. The area around the Odeon station was difficult to navigate and we finished up along the Seine which gave us an unintended, but impressive, view along the length of the Louvre.
We eventually found the Senate and finally the Luxembourg Gardens.  There were several sail boats in the water and the gardens were busy. 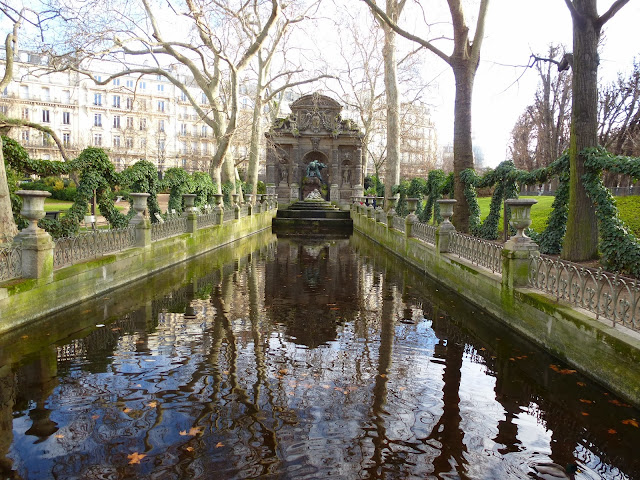 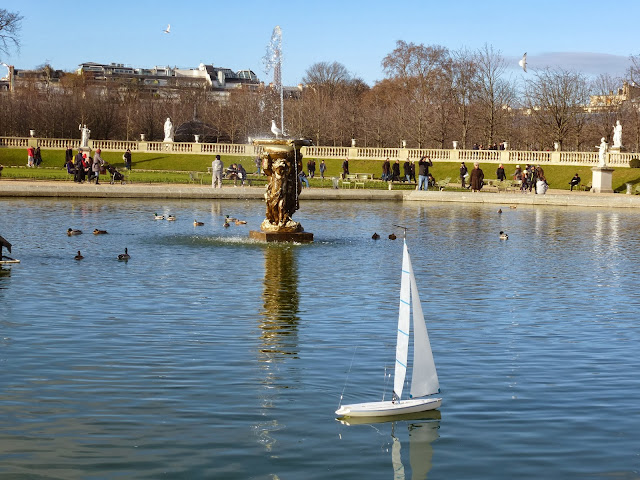 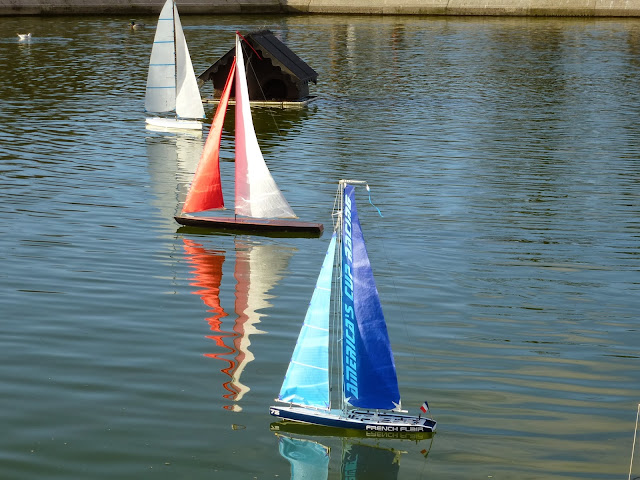 St. Sulpice was imposing.  The interior is dingy and needs a good clean - even a dusting would improve things. We had just missed an organ concert.
Lunch was at a small but expensive restaurant close to St. Sulpice.
Getting to the Eiffel Tower was easy but we managed to get lost anyway. Mary and Veronica decided to go up despite the insane crowds.  They gave up after an hour and a half. I left to ride the tram to Porte de Vincennes.

The crowds at Christmas have become worse in the last few years we have been coming to Paris.