We made full use of Mobilis tickets today.  Starting with the Batignolles Organic Market we took the metro to  Blanche to look at the Moulin Rouge. 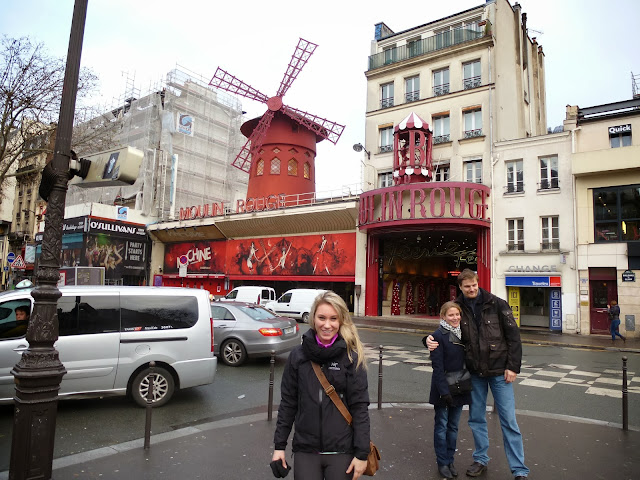 Back on the metro we went to Anvers and walked to the Mongmartre funicular.  On the way there we saw a number of men getting money from tourists with the three shell trick. They were all carrying wads of 50 euro bills. One "tourist" probably an accomplis,  "won" €200, presumably to lure in the gullible spectators. 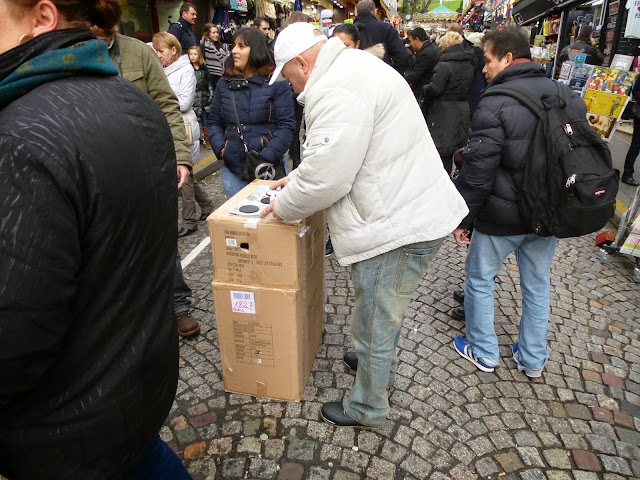 The funicular is an easy way to get up to Montmartre and we walked around Place du Tertre and participated in the tourist invasion.  The Christmas Market was busy and there was a long line up to get into Sacre Coeur. We stood at the top of the steps looking over Paris and munching roasted chestnuts. 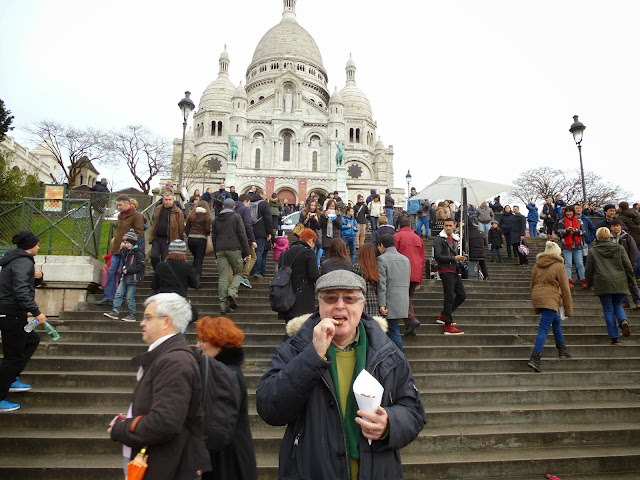 We walked down the steps and took a ride on the free roundabout. There were almost as many grown ups riding as kids. Mary and Veronica particularly enjoyed the horses. 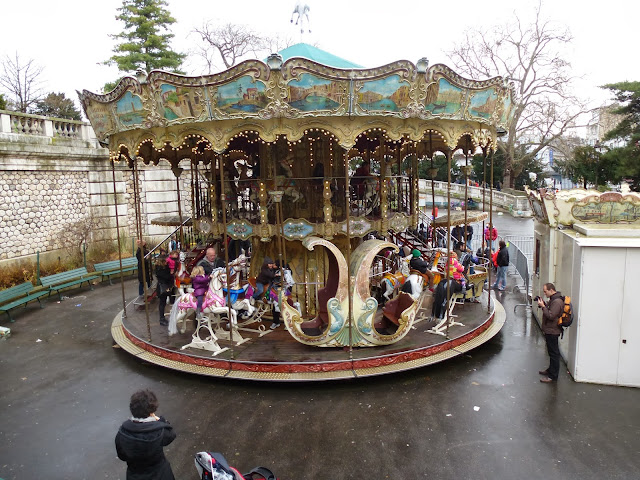 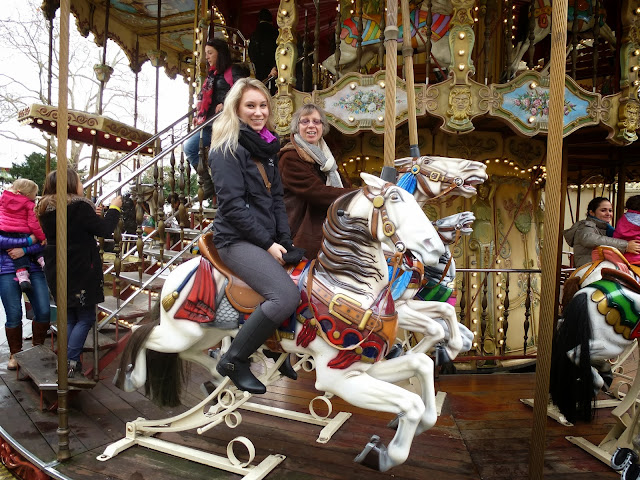 The metro quickly brought us to Cité and we joined the crowds at Notre Dame.  Isle St. Louis was not so crowded but, by this time, we were looking for lunch and a bathroom.  We found a good local restaurant near the Bastille - caesar salad,  onion soup and magret de canard.
The Bastille is always impressive and we then went along rue Saint Antoine to the Place des  Vosges and the Hotel de Sully. The next stop was the Hotel de Ville via the rue de Rivoli. We watched the skating including a limbo competition for small kids. The Pompidou Centre is vast and we then walked along to see the Louvre and the Pyramides.  The Tuileries Gardens were our last call before taking the Metro back to the 17th.

After it was dark we caught the #30 bus to the Trocadero. The purpose was to see the Eiffel Tower which is illuminated with sparkling lights on the hour every hour for five minutes. The bus schedule meant that it would be tight and we were delayed by a traffic jam at the Étoile. We made it with a minute to spare. There were a lot of people there and a great sound rippled through the crowd when the sparkling started.  There was a sigh when the lights returned to normal five minutes later. We took the bus back to see the lights on the Champs Elysees and finally back and quickly to bed. 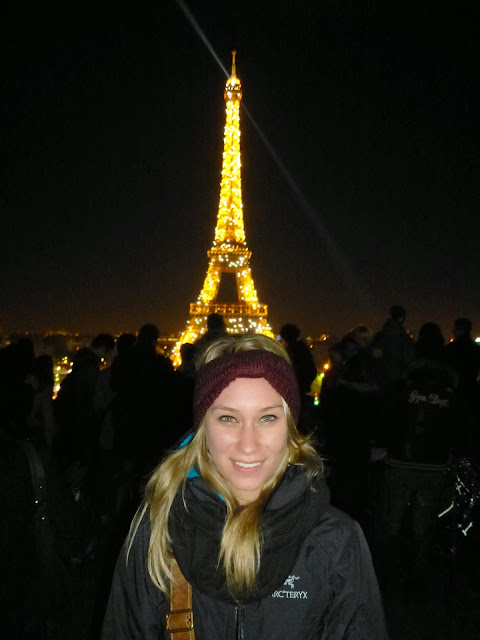 Posted by Colin Churcher at 8:05 AM