Now that the Bluebell Railway has re-opened the section to East Grinstead (after some 50 years) it is very easy to visit the line.  There are convenient trains from Victoria every half hour running through Clapham Junction, East Croydon and Oxted right to East Grinstead.  I cannot have been to either East Croydon or Oxted since my train spotting days when I distinctly remember seeing an ex-LBSC tank shunting at East Croydon.

We found the Bluebell Railway station which is a short walk from the Southern Railway electric trains.  It is well equipped with a refreshment carriage and small shop.  Our train to Sheffield Park was hauled by a Black Five which was not very exciting for me but many others were delighted, trains run tender first or backwards towards Sheffield Park.
There was a short wait at Horsted Keynes for the next train to East Grinstead to pass us, this one hauled by a beautiful green Southern U class 2-6-0.  I talked to the fireman of the Black Five who said they were easy to fire and this one had been fitted with a rocking grate making the fire much easier to clean.  I noticed that the tender coal hole was about a foot above the footboards which makes firing so much easier.  What a pity the Great Western didn't think of that.
The Bessemer Arms Restaurant and Bar at Sheffield Park station became very busy when a trainload of passengers descended upon it.  I managed to get a pint of locally brewed 360 pale ale and we sat down to steak and kidney pie and pasta bolognese.  Both very good. 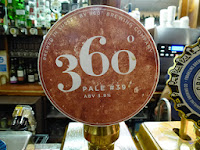 We decided to stay at Sheffield Park and catch the 1330 train back to East Grinstead.  This gave me time to take a look in the engine shed and the new museum.  They have some lovely engines in the shed, including the SECR O1 class 0-6-0 which is currently waiting restoration as well as a couple of SECR P 0-6-0Ts and two Terrier 0-6-0Ts.  The Museum is also extremely well done.
I saw SECR 323 being delivered to the Bluebell Railway on Sunday 26 June 1960 between Pevensey and Cooden. http://www.railways.incanada.net/Diary/Diary_1960-06.html
While waiting for our train, the Golden Arrow Pullman lunch train was prepared and left.  It was hauled by no less than an SECR H class 0-4-4T 263 in beautiful full SECR livery and complete with a Golden Arrow headboard.  I remember seeing these locomotives shunting at Orpington on Saturdays and also on the Westerham Branch. 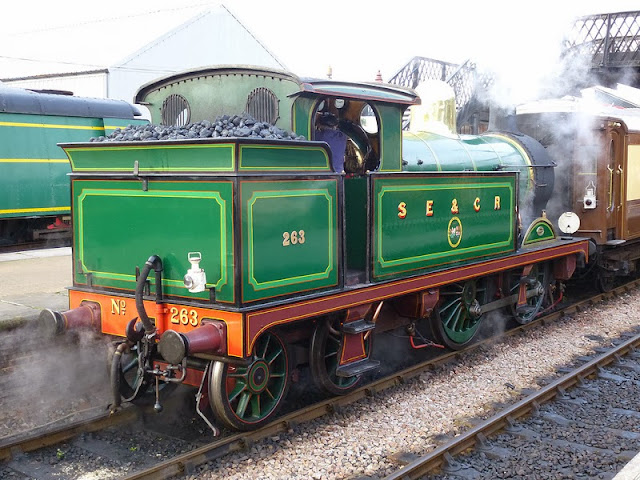 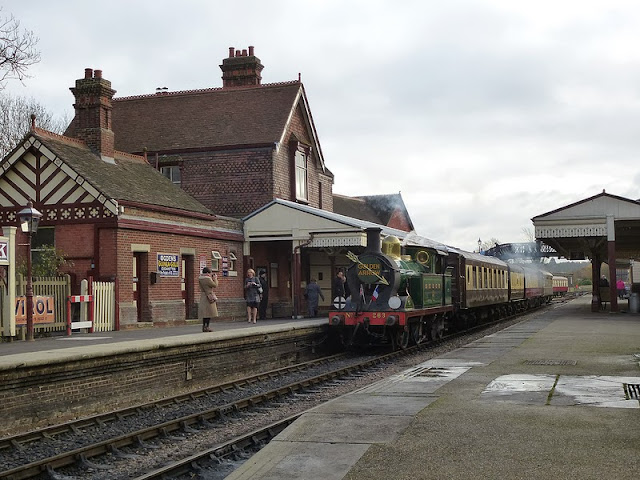 We returned to East Grinstead behind the U class 2-6-0 which sounded to be in good nick.
The route is through typical Sussex countryside with lots of sheep farming interspersed with pleasant woodland.  There were plenty of pheasants in evidence, also many hunters standing around with their guns and, in many cases, retriever dogs.  It seemed that the pheasants were always the other side of the woods from the hunters.  There were several vineyards planted in the area so wine is a relatively new local product.  There are many rabbits in the area and we saw a great number of holes in the sides of the cuttings.  We didn't see any deer that the brochure mentioned.  The Bluebell permanent way staff have been busy and cleared a great deal of the right of way, cut the grass and cut down the bushes etc.  This was a common sight on British Railways in earlier times but it has been neglected and has given rise to the autumn leaf problem as well as making it difficult to see the countryside.
Click here to see all pictures taken on the Bluebell Railway:
http://www.flickr.com/photos/colinchurcher/sets/72157638214496805/
We decided to take a look at East Grinstead.  The walk from the station was not promising as it seemed to be full of hairdressers and betting shops.  The Ship Inn provided a good beer (Tribute) and Sauvignon Blanc.  We made a detour into the older part of the town on the way back and found it delightful.  There are a couple of rows of wood framed houses as well as some interesting stone buildings. The church was also worth a detour. 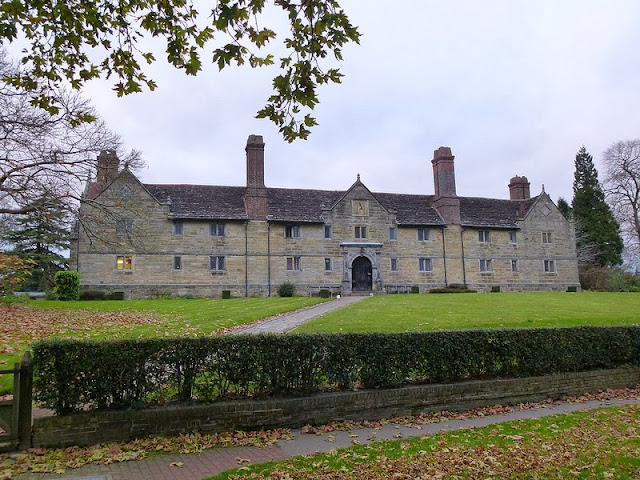 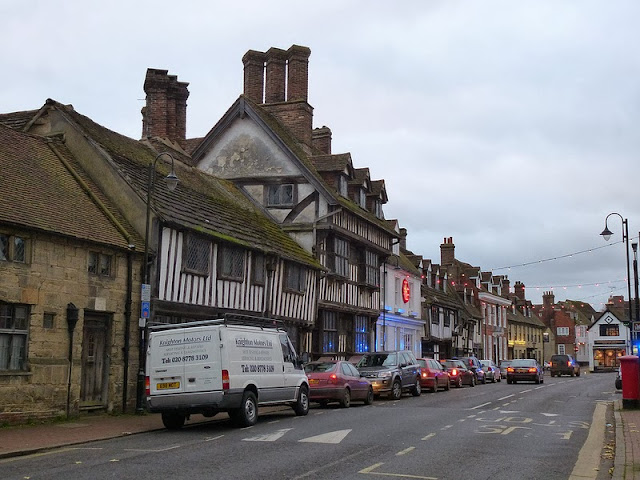 The train whisked us back to Victoria station London and the Victoria line made short work of getting us back to Euston.

At the Skinners Arms I tried a Somerset red ale, Moor Beer Company Confidence. It was very heavily hopped and very bitter. It was an excellent beer but not to my taste. 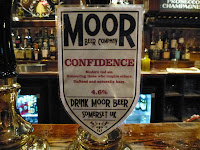