We took the train to Whitchurch through a misty landscape. The hedgerows were in varying shades of black and grey depending upon how far away they were.  A church, surrounded by trees appeared out of the mist and disappeared just as quickly. We passed three swans flying in our direction, we only passed them slowly so they must have been travelling at about 40 mph. 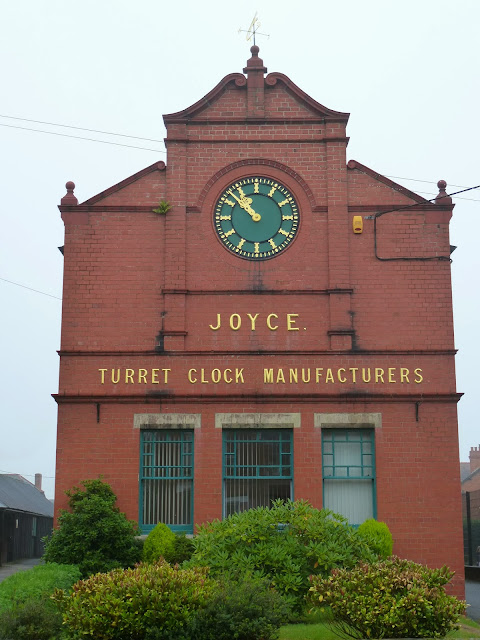 It is a little way into town and we passed  the Joyce Turret Clock Company.  The company claim to be the oldest clock manufacturer in the world, originally established in 1690. William Joyce began in the village of Cockshutt making longcase clocks. The family business was handed down from father to son and in 1790 moved to High Street, Whitchurch. In 1904 J. B. Joyce moved to Station Road, Whitchurch. In 1834 Thomas Joyce made large clocks for local churches and public buildings.  The firm made large clocks for many public buildings, both at home and overseas, and for some of the principal railway companies. Since 1945 the company installed over 2,000 large public clocks in Britain and Ireland, the majority being the synchronous mains controlled type and a high proportion installed in churches 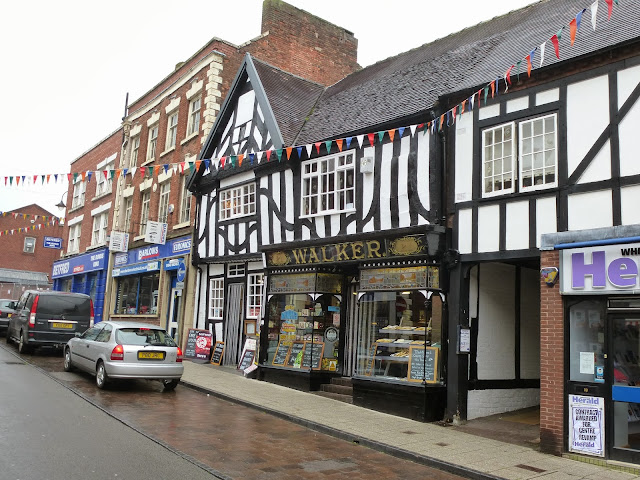 Whitchurch has been hit by the recession and several shop fronts were empty, including several pubs. St. Alkmunds church is very impressive with some very large windows, stained and clear, which let in a lot of light.  We were shown graffiti carved in one of the pews, dated 1794.
The Town Vaults Hotel was where Edward German was born. We had a drink in the room where he was born. 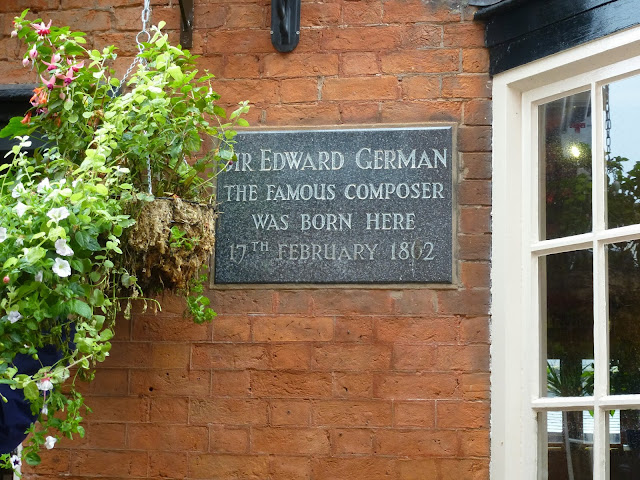 A quick walk around the town revealed additional signs of the economic problems. Some pubs were open but had few customers. Businesses had been forced to move into new accommodation as landlords tried to raise the rent. Several homes were for sale and not many people were around. 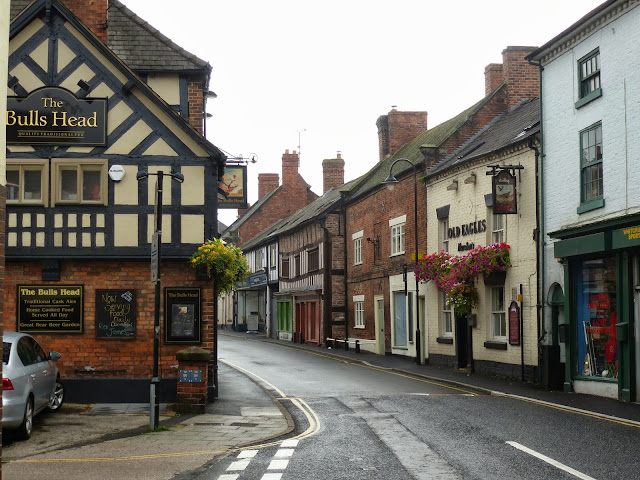 We found the White Bear, tucked away from the main street. It had a number of local ales, Woods, Titanic and Salopian but I chose a Three Tuns (Bishops Castle) Triple X, a well balanced beer with a good hoppy flavour. 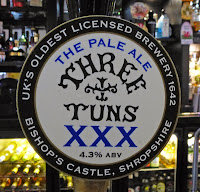 Click below to see all pictures taken at Whitchurch
http://www.flickr.com/photos/colinchurcher/sets/72157636399097603/
Click below to see these pictures in slide show format
This evening we went to a performance of Ha Ha Holmes at Theatre Severn.  We had dinner beforehand at the Glutton Club which is very close.  The food was good, especially the thrice cooked chips. 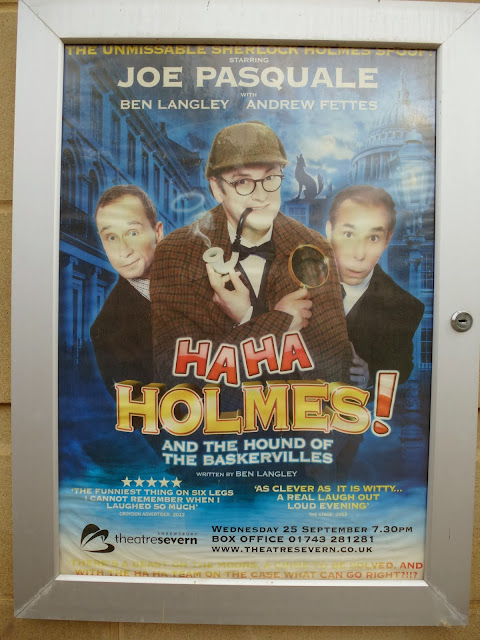 We had expected a farce but it was more of a comedy revue with a lot of participation from the audience responding to certain trigger phrases while a number of men were "invited" to participate on the stage.  It was a great evening, full of laughs.  The three actors and the pianist brought it off well.  The timing of some of the jokes was excellent.  There was a long tongue twister about a snake that didn't have a pit to hiss in. At the break we broke down and joined the crowd eating chocolate coated ice creams on a stick, the rest had a nice cup of tea.

Posted by Colin Churcher at 3:20 AM