The forecast was for cloudy weather in Shrewsbury and some drizzle in Hereford. We decided to go to Hereford anyway.

One big improvement in the trains now is the addition of a cleaner who goes through the train picking up garbage and emptying the litter bins. The one on our train got off at Ludlow with a big sack of garbage, presumably to go back on the next train to Shrewsbury. The stations are also kept cleaner than in my day.
There was a short walk into the town centre. The one business of note was a model shop which had a good stock of OO scale locomotives and equipment.
After a stop for latte we made for the cathedral. It is a magnificent building that has remained pretty much as built in the 1100s. I was staggered at its sheer size. It is also in good condition and the stained glass is excellent. 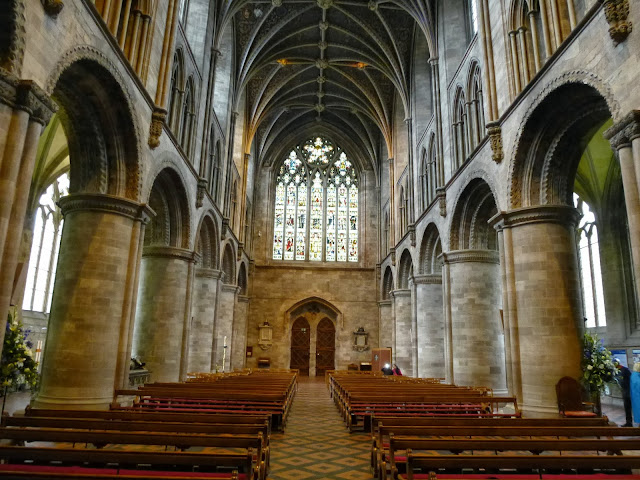 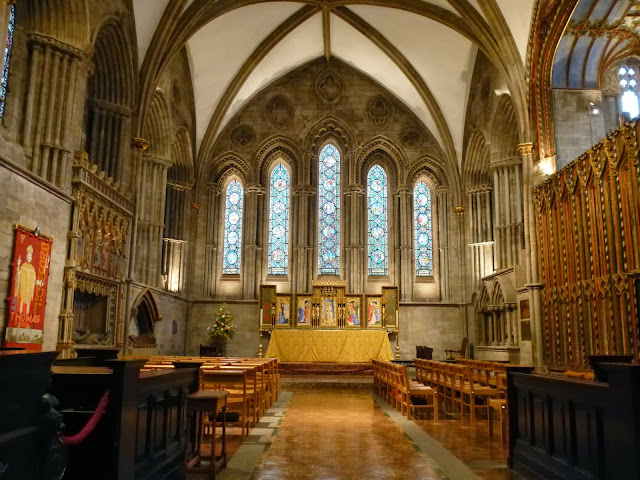 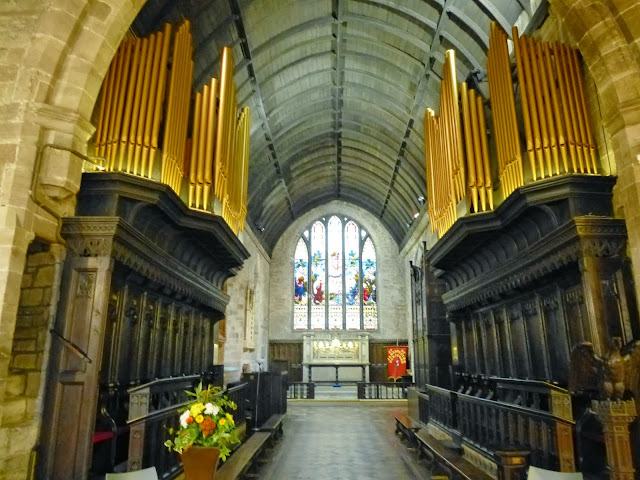 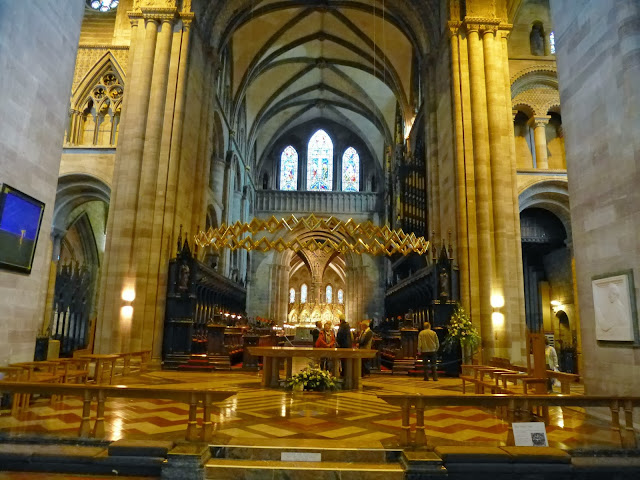 We visited the mappa mundi at the library of chained books. The Hereford Mappa Mundi is unique, it records how thirteenth-century scholars interpreted the world in spiritual as well as geographical terms. Recent research suggests a date of about 1300 for the creation of the map.

It is drawn on a single sheet of vellum (calf skin) measuring 64" by 52" (1.58 x 1.33 metres), tapering towards the top with a rounded apex. The geographical material of the map is contained within a circle measuring 52" in diameter and reflects the thinking of the medieval church with Jerusalem at the centre of the world. Superimposed on to the continents are drawings of the history of humankind and the marvels of the natural world. These 500 or so drawings include around 420 cities and towns, 15 Biblical events, 33 plants, animals, birds and strange creatures, 32 images of the peoples of the world and 8 pictures from classical mythology.

The map has not been restored but the ink is excellent and the writing clearly legible.

Chaining books was the most widespread and effective security system in European libraries from the middle ages to the eighteenth century, and Hereford Cathedral's seventeenth-century Chained Library is the largest to survive with all its chains, rods and locks intact.

A chain is attached at one end to the front cover of each book; the other end is slotted on to a rod running along the bottom of each shelf. The system allows a book to be taken from the shelf and read at the desk, but not to be removed from the bookcase. The books are shelved with their foredges, rather than their spines, facing the reader (the wrong way round to us); this allows the book to be lifted down and opened without needing to be turned around - thus avoiding tangling the chain.

The illuminated pages on display are beautiful and the inks are vivid even though they are so old.

One of the four copies of the 1417 Magna Carta was also on display.

The visit to the cathedral was a wonderful experience - by far the most beautiful and impressive we have seen on this trip.

We sought out the River Wye and walked along the banks with great views of the cathedral which is otherwise difficult to take in. The school kids were out on cross country runs and it looked as if they would be wet before they finished. 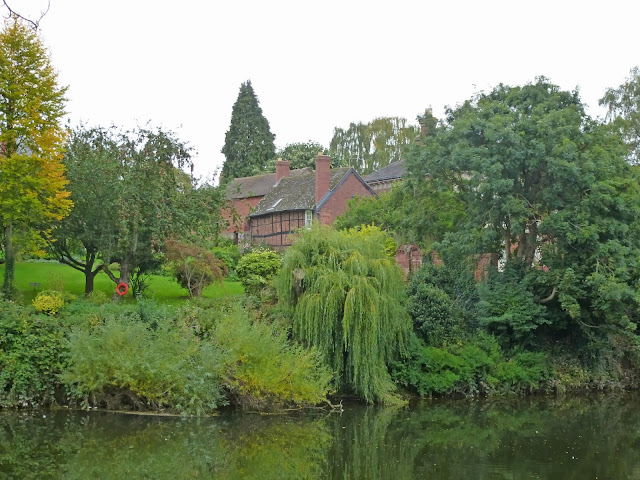 The duck pond revealed many Mallards and one beautiful Mandarin duck. It was now drizzling heavily and we retreated to The Grapes for a snack, a Wye Valley Brewery, Hereford, bitter and Robinson's flagon cider. The beer was good, medium dark in colour but light in taste and with an excellent flavour. The cider was excellent if a little sweet. 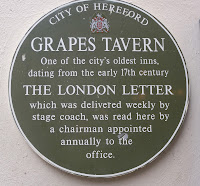 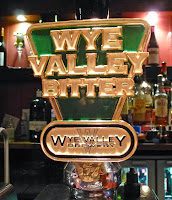 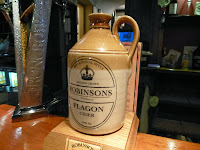 We walked around the centre town pedestrian precinct in the drizzle and made our way back to the station. There were a large number of Polish shops in one street - three or four selling Polish products as well as a Polish restaurant. Advert in a shop window " Eyebrow Threading" - a term we don't use in Canada.

Click here to see all pictures taken at Hereford:
http://www.flickr.com/photos/colinchurcher/sets/72157636391463103/
Click below to see these pictures in slide show format:
By the time we had reached Leominister it had stopped raining and Shrewsbury looks as if it has been dry all day.
This evening we ate at the hotel dining room. We were the only ones there but the meals were excellent - scallops, mushroom and blue cheese tartlet and duck.
Posted by Colin Churcher at 6:58 AM