We took the train to Ruabon then bus to Llangollen. The first thing we saw on getting off the bus was a taxidermy studio. 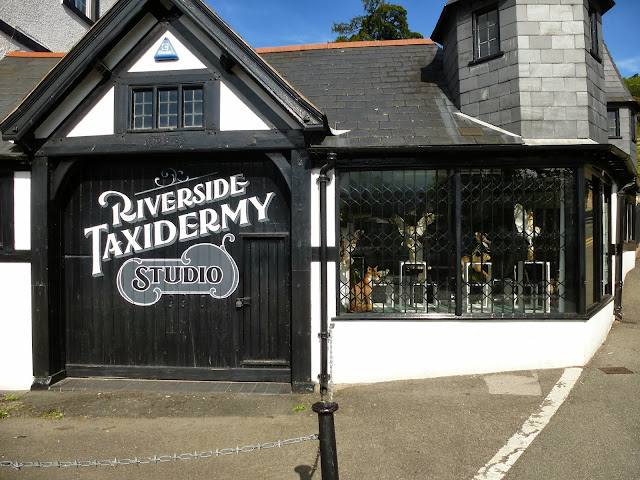 The station was close by and we took the first train of the day which was pulled by a GWR 2-8-0, a type I was familiar with at Reading. (I drove one from Basingstoke to Reading.) These do not have a copper band around the chimney so there was less to polish. The crew told me they do not use Welsh coal because this produces too much heat and will melt the firebars. Instead the coal comes from Europe.

The journey is through really pleasant country alongside the river Dee. There were several fishermen spread along the banks. The beats from the engine were typical GW - crisp and square. When the regulator was closed I could hear the click, click, click of the crosshead driven vacuum pump.

3802 ran round it's train at Carrog and returned us to Llangollen.  It had been misty but the sun came out for a pleasant day.
Llangollen was full of tourists, mostly old people with walking sticks and in coach parties. The stores catered to these people with Welsh souvenirs from tea towels to chutney. Llangollen is a strange place.  It is, in many ways, the cultural capital of Wales being the home of the International Eisteddford yet it is set on milking the coach parties.  I didn't hear any Welsh spoken although some of the English was pretty hard to understand.  We had a sausage roll and some not very good ice cream and decided to seek out the Llangollen canal wharf. On the way we were passed by a big tour bus full of old women and one old man.

The canal wharf is high above the town. Its location must discourage many tourists and it was very pleasant. The water seems to be running quite fast for a canal. Unfortunately the times of the canal tours did not allow us to take one, the Pontcysllte aqueduct tour would have been interesting.
We took the frequent bus service back to Ruabon in time to scout out the place and quickly found four promising pubs but not much else. A pint of Thwaites (Blackburn, Lancashire) Wainwright (very good but not too assertive) and a cider at The Vaults and we took the train back to Shrewsbury. 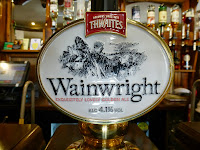 Click here to see all pictures taken at Llangollen
http://www.flickr.com/photos/colinchurcher/sets/72157636392023385/
Click below to see these pictures in slide show format
The afternoon was warm and we went down to the Boathouse by the river for a cider and a Purple Moose bitter, a smooth dark beer from Portmadoc. The rowers were out in force along with the trainers. The ducks were trying to pick up the bread thrown to them and there were a couple of close calls. Steering the tour boat was occasionally difficult with the additional traffic. 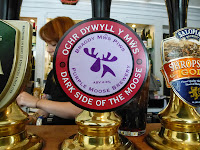 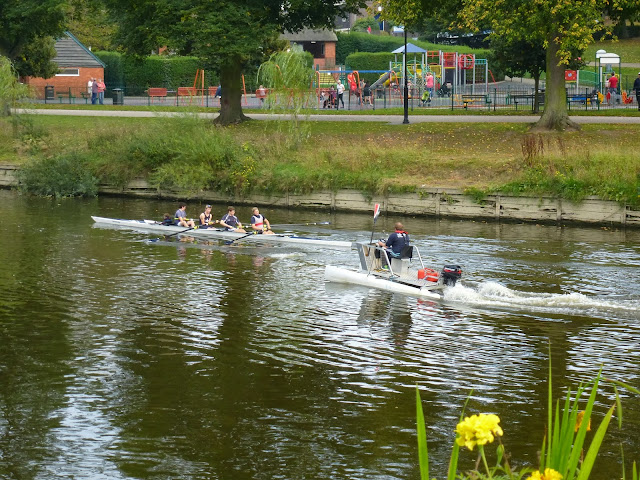 Posted by Colin Churcher at 8:18 AM