Hilary and her guide dog, Yalena, came up from Newport to visit today.  She had booked assisted service on the train but the station staff allowed us on the platform to meet her.
We first visited the castle then went on past St. Mary's church and stopped for coffee on a bench outside Starbucks by the old market building. On the way up from the station we met two young girls who were training a guide dog.  We stopped to chat and Yalena and the trainee dog rubbed noses. 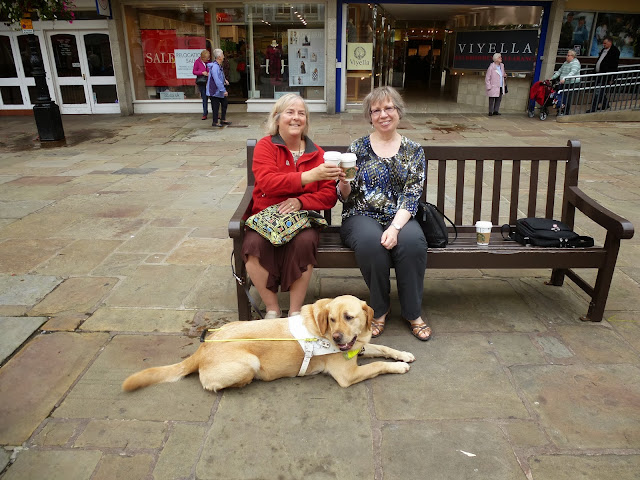 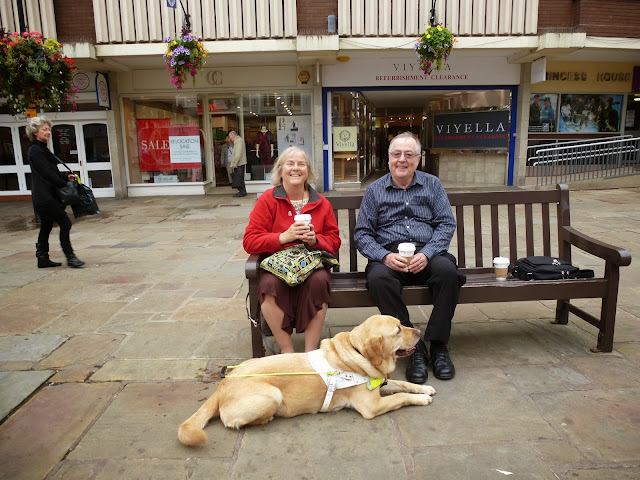 Yalena was good but we had to point out curbs and any uneven surfaces. We were also describing what we could see as Hilary can make out vague shapes and outlines.
The Quarry park was a great place to let the dog run around and roll over to her heart's content. She enjoyed being off the lead but didn't wander far and always came back when called.  She is amazing - understands "left" and "right" etc.  We put her back on the lead to go into the Dingle because we didn't want her to go after any ducks. 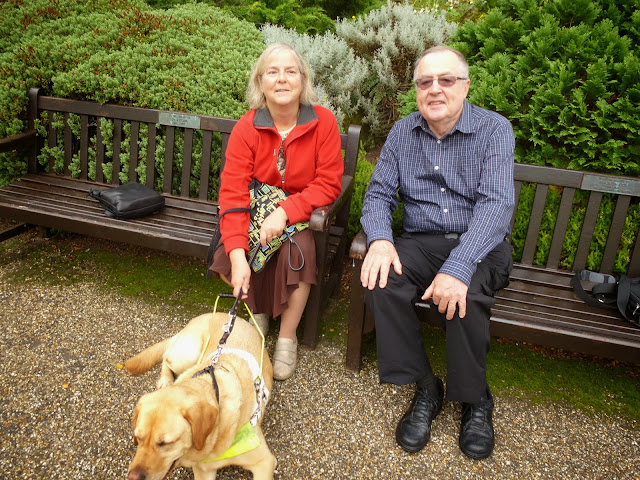 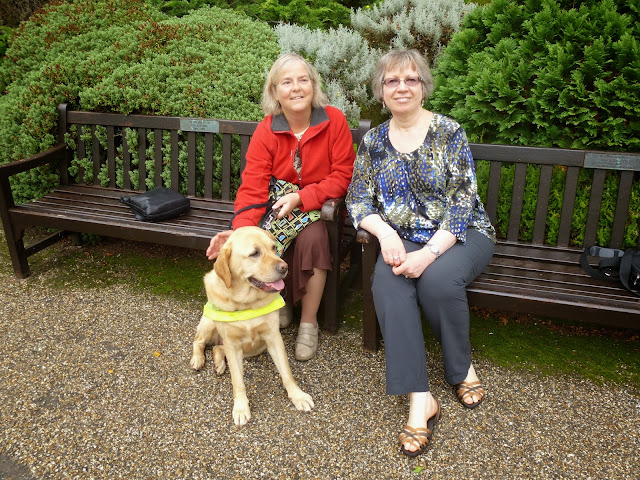 We had lunch at The Armory where we had booked a table. The staff were very good and gave Yalena a bowl of water. She was very good and spend a couple of hours under the table while another dog made a lot of noise. New Zealand sauvignon blanc and Woods Shropshire Lad was drunk.
There was just enough time to let the dog run around the park before getting on the train. The staff took us on to the platform and handed Hilary over to the conductor. Yalena obviously considered that we were part of her pack because the didn't want to let us go when the train came in.
Afterwards we were able to get into St. Mary's church to admire not only the stained glass windows but also the carved wooden ceilings.
This evening we went into the Three Fishes where I tried yet another new beer on the pumps.
We got into conversation with a young couple, he was from Oswestry and she was from Toronto.  She was visiting and was returning to Canada in a few days.  They met in Thailand.
Posted by Colin Churcher at 8:45 AM