Thursday 19 September - Ludlow in the rain

The weather forecast was not good for this morning and not much better for the afternoon.  We decided to go to Ludlow to look at the castle, as being better than trying to go out in the country.  The bus ride was through a sodden countryside and it was still raining when we arrived.  We waited the rain out in a french restaurant that had good latte and genuine croissants which were straight and contained a lot of butter.  We made our way slowly up to the castle and paid the admission.   The rain had lessened by this time but was in very fine droplets and swirling around like a fine mist.  The castle was a great disappointment as it is a complete ruin and there seems to have been no attempt at restoration.  As things become dangerous they are blocked off.  There had not been an attempt to replace some small panes of glass.  To make things worse the ruins were filthy and unkempt.  There were dead pigeons all over and the pigeon guano was very thick in places.  One wonders how healthy the place is. 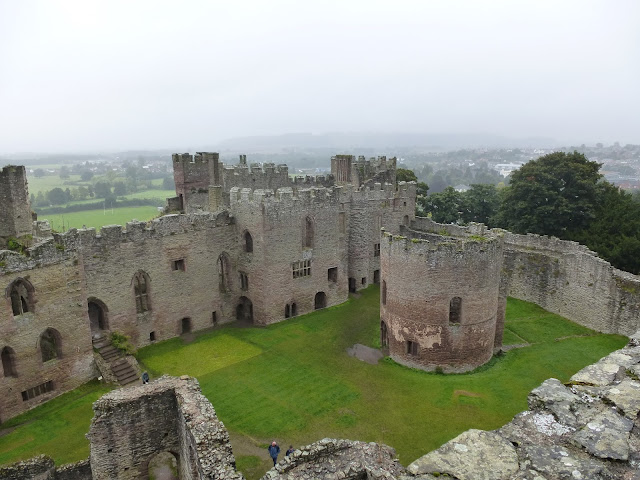 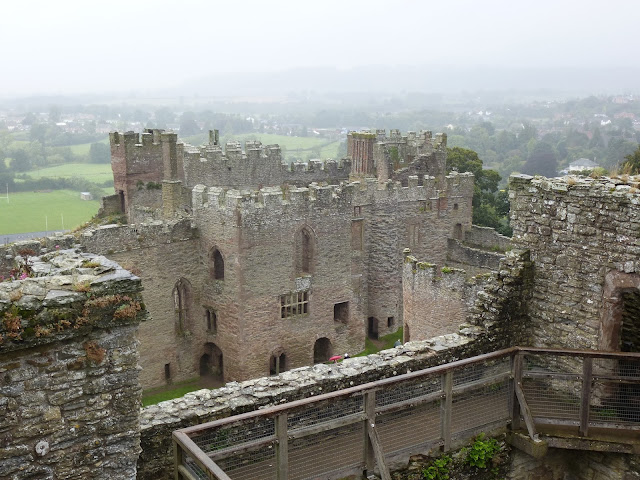 So we walked around in the swirling light rain then came back into the town for lunch at the Rose and Crown.  The beer and ale cobbler and the fish and chips were fine but the Town Crier ale was nothing special. 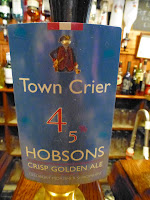 The sun was now shining strongly and we walked down the the Ludlow Brewery located in the old railway goods shed. 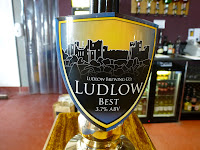 I sampled their best bitter which was quite good with an excellent after taste  but we would have had to wait an hour for a guided tour so we decided to take the bus back.  The journey back along the narrow lanes was completely different than the journey there.  The sun was shining brightly and there were extensive vistas of Long Mynd and the Wenlock Edge.
Click here to see all pictures taken at Ludlow (also Church Srtretton)
http://www.flickr.com/photos/colinchurcher/sets/72157636355413225/
Click below to see these pictures in slide show format.

Posted by Colin Churcher at 9:35 AM