We took the same bus today as yesterday but we took it all the way into Bridgnorth. The forecast was for showers but it turned out cloudy with sunny periods. When the sun was out it was hot but we needed a sweater for the cloudy periods. However, it did rain in the area so we were fortunate. We passed quickly through Much Wenlock and Bridgnorth upper town was busy, Saturdays being market days. 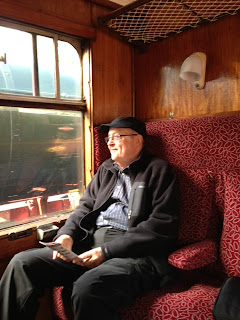 We took the first train to Highley behind 43106, one of the ugliest engines ever built.
There is now a visitor centre at Highley but it is set a little way south of the station which still retains its bucolic charm.
The visitor centre had a couple of interesting locomotives including a Hall and a 43xx 2-6-0 both types I worked with at Reading. 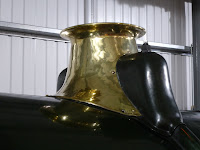 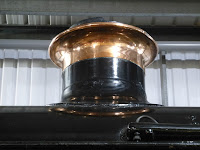 Shiny bits I polished while at Reading 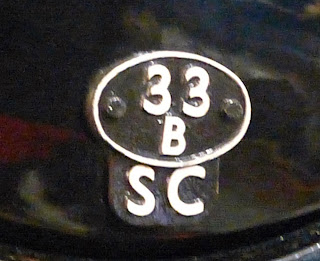 80079 was also there with a Tilbury shed plate 33B. I certainly worked with these engines while I was on the Fenchurch Street trains.
The next train took us to Bewdley where we found a couple of good salads in the railway refreshment room. Most people were eating something with chips.
Arley station is beautiful. The staff take a great deal of effort to maintain the flower beds and period items such as luggage barrows and cases and trunks. 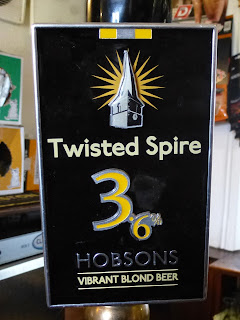 The journey back to Bridgnorth was behind Sir Keith Park, with its familiar soft Battle of Britain beat.
We descended at Bridgnorth into a crowd of beer tasting/guzzling/swilling aficionados/drunks at a Camra beer festival. The platform had a lot of staff to ensure nobody fell off. Because of the crowd we had a drink at The George for a pint of Brakspear's bitter. 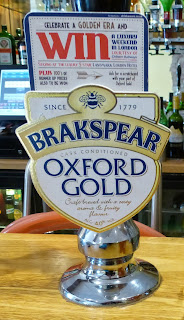 We then crossed the street to the bus stop where we met a couple who came to Bridgnorth on our bus this morning. They had been at the beer festival all day and were feeling no pain.  The ride back to Shrewsbury turned into a momentous one although it could have turned nasty.  It went fine as far as Much Wenlock when an old biddy got on and complained to the driver that she had waited an hour and ten minutes (buses run every hour).  She sat next to an old man and who complained that the timetables were not accurate.  The grumbling went on for some time and they tried to get other locals involved.  The woman from the beer festival then told her to stop complaining, as she now had a bus so why not just enjoy the ride.  This shut them up for a little while until the biddy mentioned to the man next to her that there had been a beer festival in Bridgnorth to which the woman from the festival said, "Yes, there was a beer festival and it was very good".
The biddy replied, "I wasn't talking to you."
"Yes, you were, you were talking to the whole bus."
The biddy got up and found a spare seat and sulked for the rest of the journey.  Peace in our time.
Dinner this evening was at a fish restaurant called Loch Fyne.  The fish was properly prepared (pickled herring and scallops), the wine was good and the service was attentive.
Click here to see all pictures of the Severn Valley Railway
http://www.flickr.com/photos/colinchurcher/sets/72157636301387373/
Click here to see pictures in slide show format

Posted by Colin Churcher at 8:33 AM