The weather forecast was for the rain to stop at 0945. It did - but it started again at 0955 and has been raining on and off all day.
The 436 bus took us to Much Wenlock which is a pretty small village. We climbed up and over a limestone ridge known as Wenlock Edge well known from a poem by Hausman and set to music by Vaughan Williams.  There were two markets today, fruit and vegetables under the Corn Market and a farmers market under the Guildhall, cheese, meats etc. The Guildhall, built in 1540, had a jail on the ground floor but the court room and council chamber were above. The wooden carvings in the council chamber were exquisite, some having come from a local manor house.


The small local museum was worth a visit and the curator had a wealth of local knowledge. It isn't generally known that the Modern Olympics were started in Much Wenlock.
There is just one main street (High Street) and we checked out all of the pubs/restaurants before deciding on the Talbot. 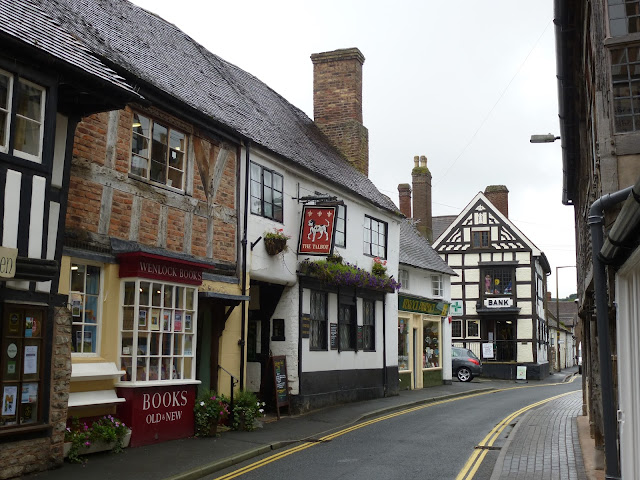 The red snapper looked more like salmon but the beef and Stilton pie was tasty.  Everything was overcooked. The best part of the meal was the Holy Cow beer which wasn't very good. 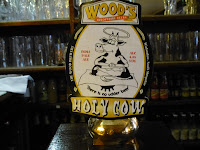 We took a walk down a narrow lane and picked a few blackberries. There were many fields of sheep but also much mixed growth woodland.

We had about an hour to wait for the bus so we had a drink in the George and Dragon
The Cornish Tribute beer was much better. 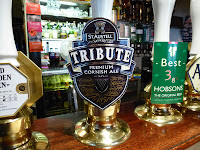 The ride back in an empty bus was uneventful although the sun came out just after we got back to the room.