More fun than you can shake a stick at.
Shrewsbury hosted the Morris Federation's Annual Day of Dance. 35 Morris Dancing teams were present. Shrewsbury is busy on Saturday and the crowds were increased by people in gaily decorated costumes with tinkling of their bells on their pants and shoes.
The market square was the start off point where the proceedings were opened by the mayor who participated in the first dance. 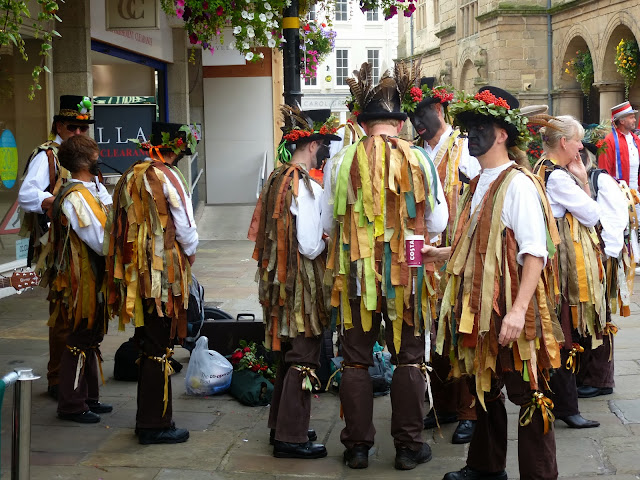 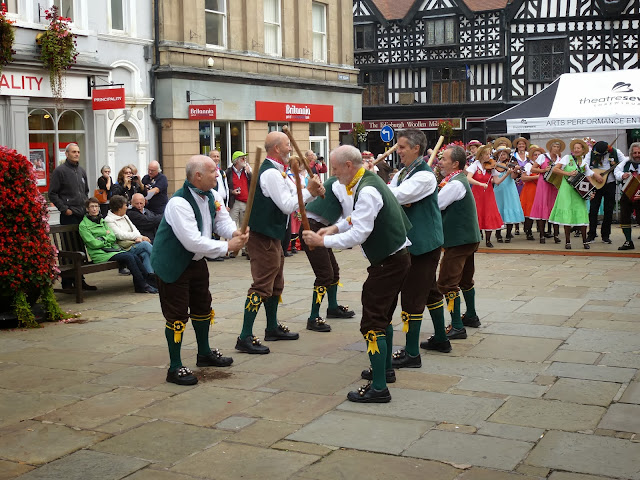 The dancing was good although there were a couple of miscues. There was dancing with sticks and bows and one dance use trowels. 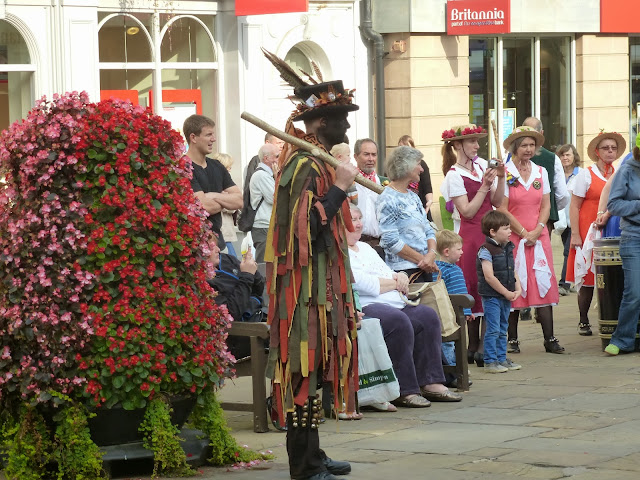 Several venues were used. There were three or four locations on the Quarry, one in town, one at St. Mary's and the Castle. Of these, the Castle was probably the most spectacular with the building and flowers as a background. The market square came a close second with the timber framed and stone buildings. At the Quarry a man with a kid in a push chair/buggy and a large brown dog wandered up.  The dog took one look at the group that was getting ready with their sticks and started to growl.  When they started to dance about and hit their sticks the dog barked loudly, pretty much to the rhythmn.  We were laughing but the man was embarrassed and took his charges away.


The teams came from all over England and there were demonstrations of American and French Canadian tap dancing.

The costumes where very bright and varied. Several groups had blacked their faces. Many groups had jackets of tatters - a jacket with long strips of cloth. Partridge and peacock feathers adorned many hats.
Some groups were mixed but many were one sex. In some cases the costumes were similar and the men played while the women danced and vice versa.
Much of the music was familiar - folk tunes and songs I sang at school. One girl sang unaccompanied and held the rhythmn for the dancers. "Over the hills and far away."

Jockey was a Piper's Son,
And fell in love when he was young;
But all the Tunes that he could play,
Was, o'er the Hills, and far away.

Many in the crowd, me included, joined in singing the chorus. That must have been the first time for me since primary school - over 60 years

I have just realized that I haven't posted a picture of our favorite pub The Three Fishes. 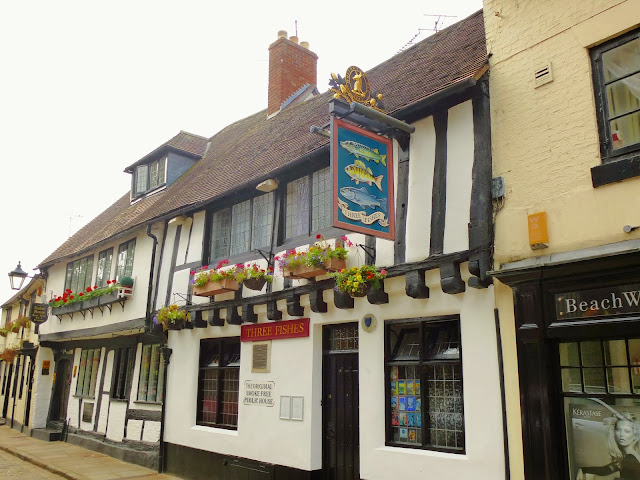 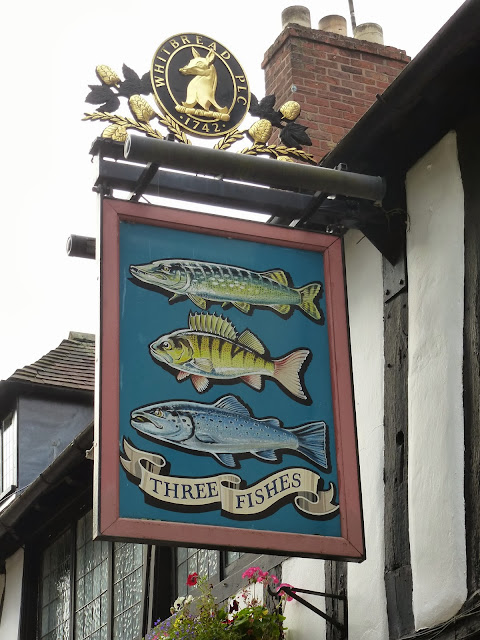 As expected, the Three Fishes was crowded at lunchtime and one end had been taken over by several groups of dancers. There were three or so accordions playing (the same tune) and sticks beating tune. It was a lot of fun.


Click below to see Monty Python's take on Morris Dancing.

Posted by Colin Churcher at 7:05 AM