The bus for Church Stretton  left from a bay outside the main bus station area. It does not have a stand in the station proper. This service is run by Minsterley Motors which will only issue single tickets so we couldn't take advantage of the 6 pound rover as on Arriva buses.
It was raining as we left but had pretty much cleared up by the time we had arrived at Church Stretton. It was then a mixture of hot sun, cool clouds and the odd shower.
Church Stretton is an interesting place with a long history. The Long Mynd hill towers over the village
and there are many good walking paths. The earliest paths were established in the 17th century, just for walking. We came across an interesting church and there are many old, quaint buildings. Seems the village is devoted to pubs, restaurants and aroma therapy joints. 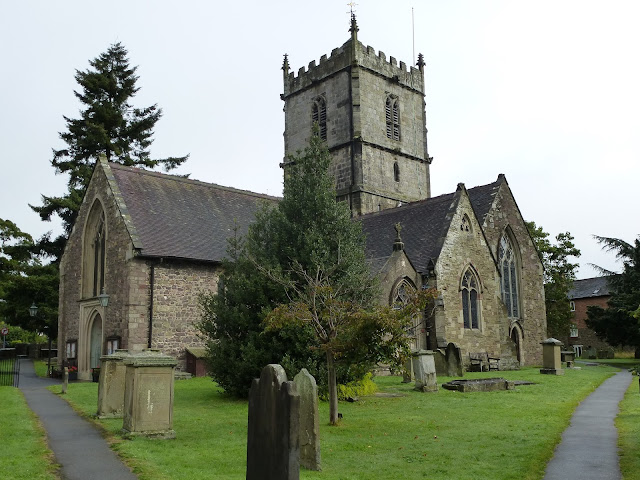 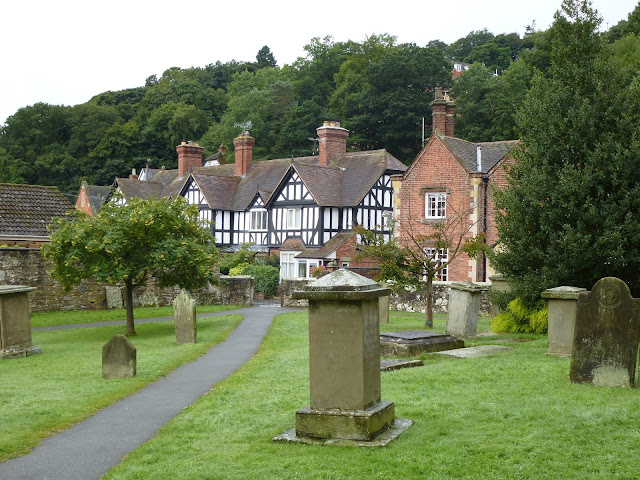 The railway station still caters to passengers but it must be more expensive and less convenient than the buses which don't seem to carry very many passengers anyway.
We caught a later bus on to Ludlow. The bus visits all the small villages and the drivers need to negotiate very narrow lanes with awkward bends. At one point we stopped so as not to spook a rider with a high spirited horse come by. There were occasional delays edging past a car and even the bus coming in the opposite direction.
We passed through Craven Arms which didn't appeal, although Stokesay Castle might be worth a visit. It is a small castle a short walk south of Craven Arms.
Arriving at Ludlow the driver caused us great confusion by giving us directions into the centre of town although I had asked where the bus stop was to return to Shrewsbury. I don't know why he didn't just say that it was on the other side of the street and he could have pointed to it. We went into the Tourist Office and asked if the bus stop had been moved and they called the office of Minsterley Motors to confirm where it was.
Lunch was next on the agenda. It wasn't bad but not great and they only had bottled beer.
We couldn't get into the castle, it was shut in preparation for the food and drink festival this weekend, There is a pleasant walk around the outside of the castle, down along the river Severn with several weirs, then back into town. There are several timber framed buildings and the medieval part is very pleasant. 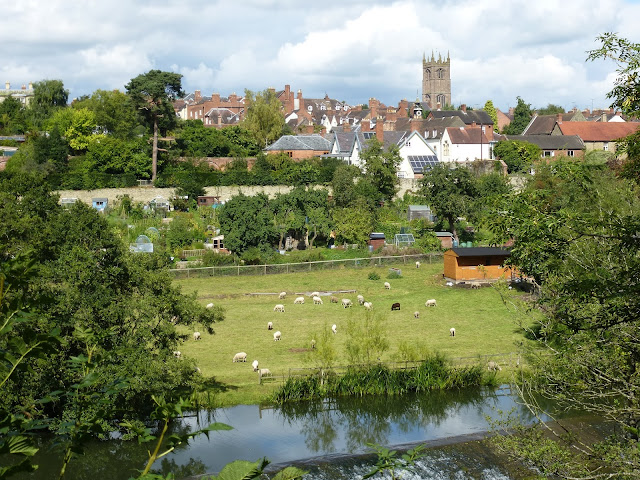 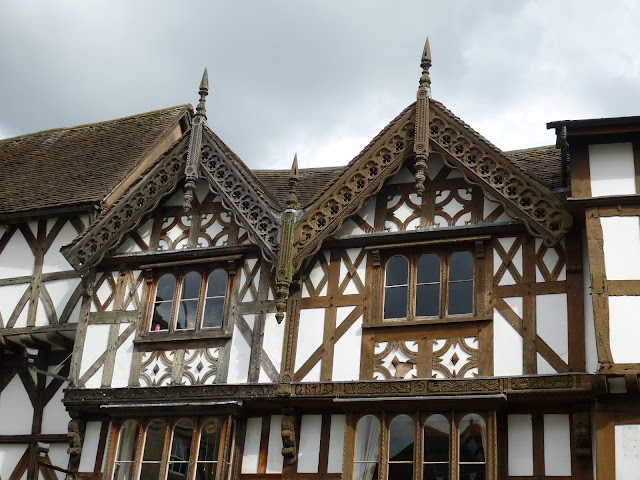 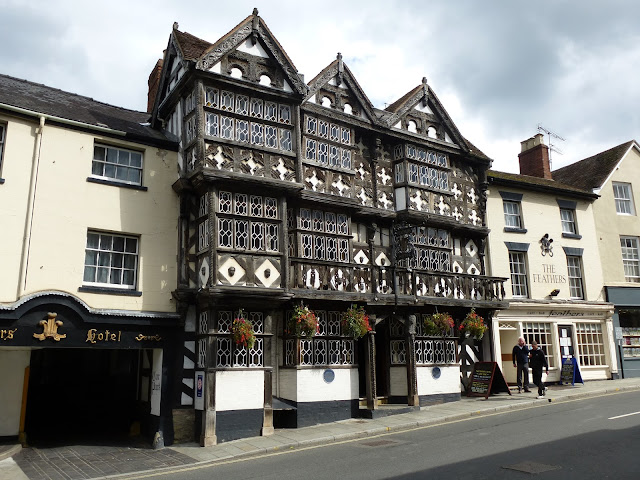 We successfully caught the bus right back to Shrewsbury, again passing through the small villages.
This evening we did a beer tasting at The Nags Head and the Three Fishes. The Nags Head is a traditional pub in Wyle Cop. The barmaid didn't know anything about the beers she was serving and obviously had been employed for attributes other than knowledge of beer. We tried Courage Best which was common or garden at best snd Old Prickly - Snuffly Hedgehog Grog - a bitter which was better than its name would suggest. 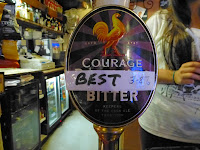 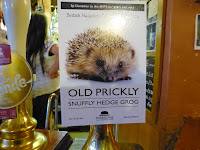 Click here to see all pictures taken at Ludlow and Church Stetton
http://www.flickr.com/photos/colinchurcher/sets/72157636355413225/
Click below to see these pictures in slide show format
From there we went back to the Three Fishes for a glass of  Golden Thread as well as a Stonehouse Station bitter. Both were excellent with a good finish. 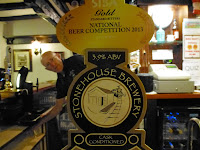 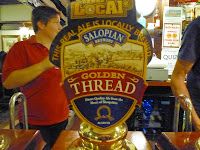 There were a lot of people here as the pub has a reputation for looking after its beers. There was a general knowledge quiz and groups of up to four had entered. They didn't say whether you could use Google, the pub had free wi-fi.
Posted by Colin Churcher at 9:46 AM