The bus for Bodnant Gardens leaves from Llandudno Junction so we took the train from Conwy. We walked through the churchyard and watched a mother blackbird hunt for worms then feed them to a young one which was as big as she was. Conwy is a request stop and it took a long time before the crew unlocked the door of the train so we could get in. There was no guard to be seen before we got to our destination so we had a free ride. The guard was lounging in the rear driving cab.
For the bus ride from Llandudno Junction to Bodnant the driver decided that an Arriva day pass would be the best. It took some time to issue tickets because the bus must know where it is on the GPS.
We quickly came to part of the Welsh National Assembly. There was a security gate and all vehicles were being stopped but the barrier was raised for the bus which sailed right through! Bodnant Gardens are superb. The was rain last night which put an end to many of the blooms but the gardens are riot of color. Every corner turned there appeared a new vista.  Well worth a visit. 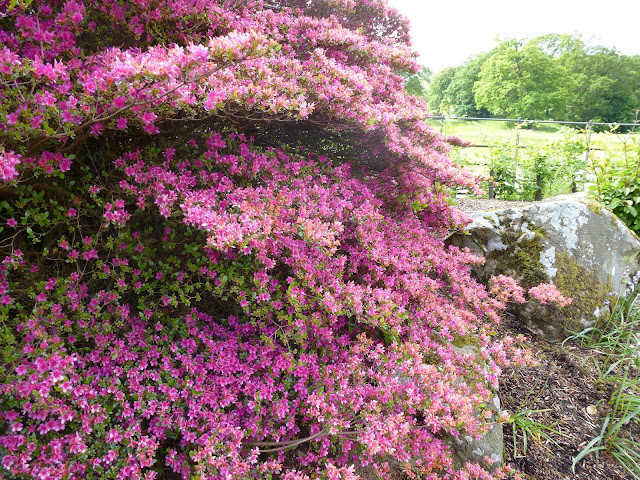 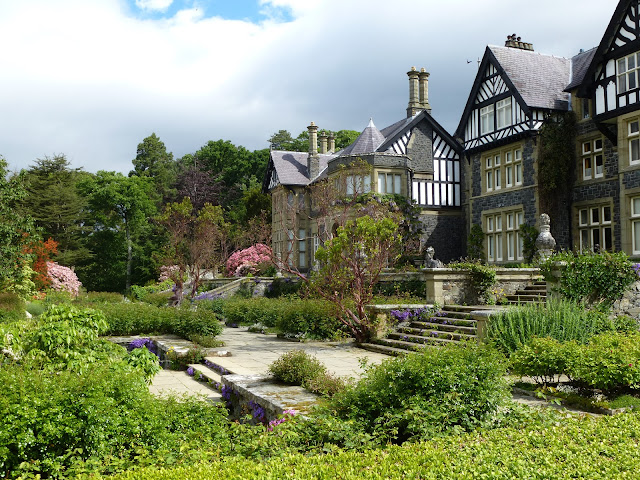 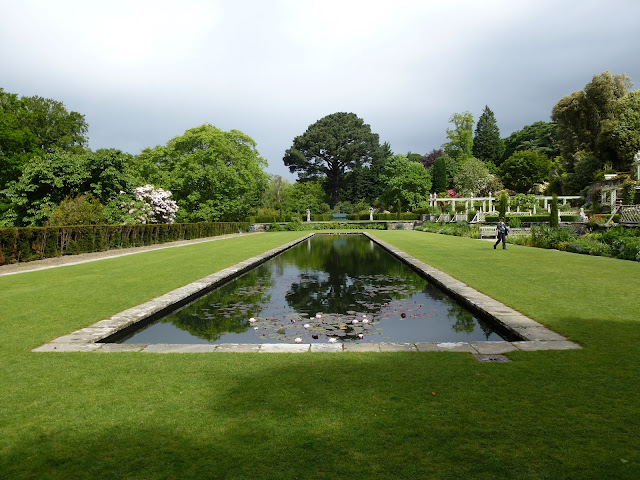 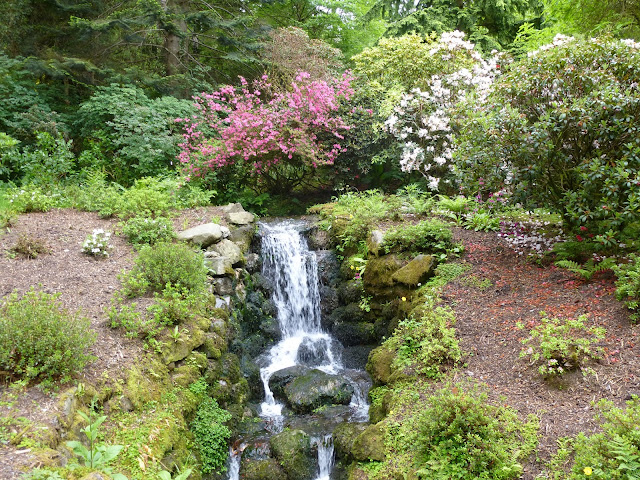 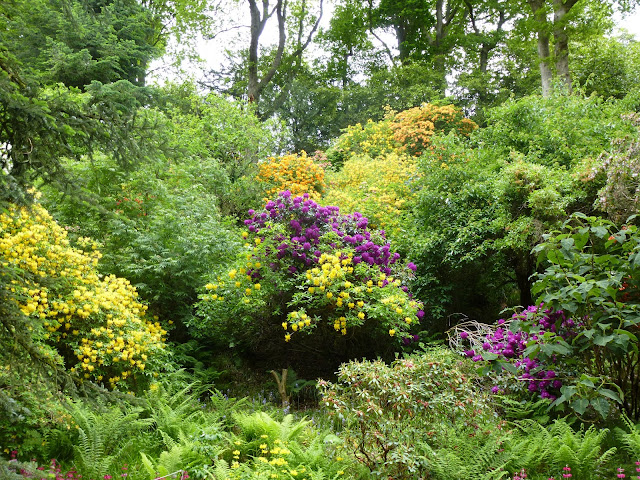 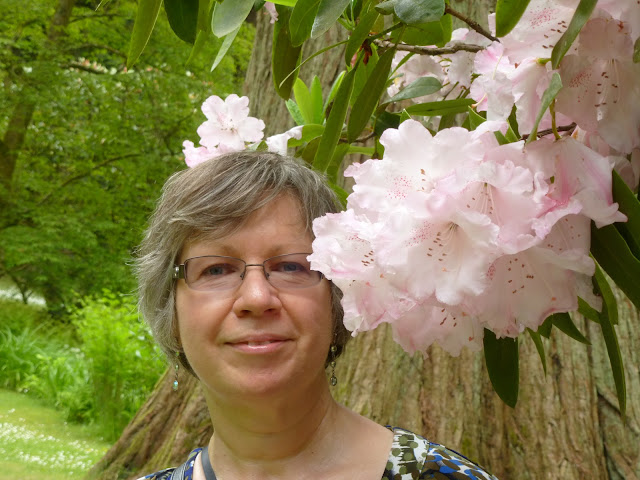 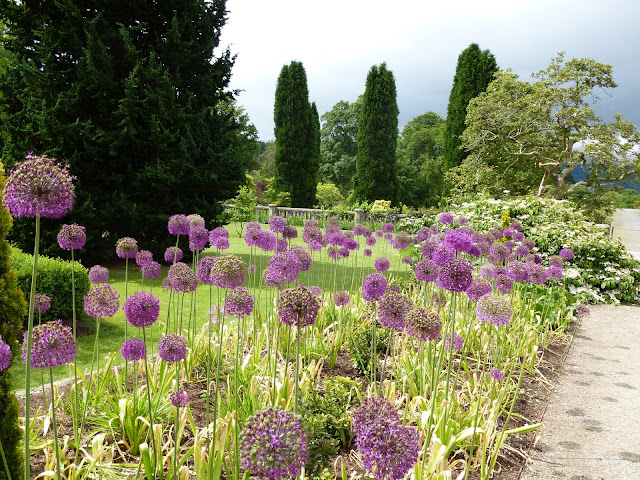 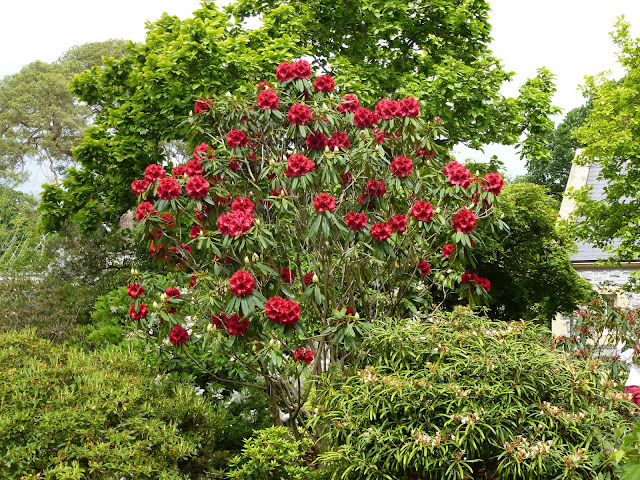 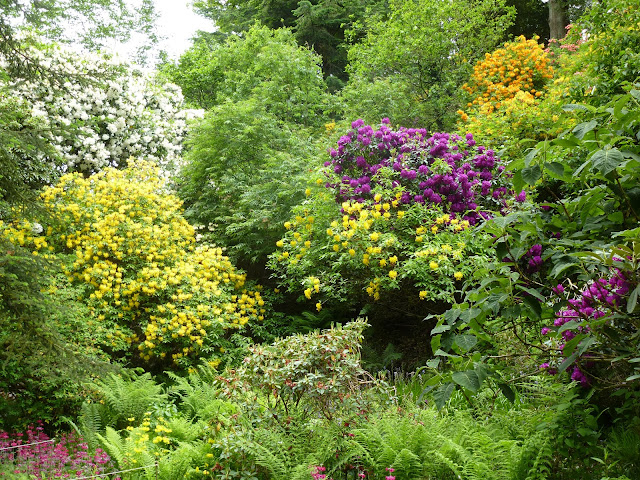 Part way through we stopped for tea and an Eccles cake.  Sweet pastry layered with rasins.

While waiting for the bus back we saw the outbound bus arrive and a volunteer suggested that we take it to the end of the run so we could see the village of Eglwysbach. This worked with our Arriva ticket. The hedgerows are high and the roads very narrow. Not much to see but a good ride.
The ride into Llandudno was interesting in that it was impossible to predict the route. It was a good job we had the area timetable which included a map.
Lunch in Llandudno. There was lasagna and chips on the menu (which neither of us ordered).
I have known about the Great Orme Tramway but have never ridden it so this was the opportunity I had been waiting for.  It is a two-section balanced cable funicular railway with some street running and some gantlet track.  On the lower section the cable is below the surface with contact through a slot in the centre.  The upper section is a straight cable operation with the cable running on rollers.  The first section runs through the upper parts of Llandudno while the good views re from the upper section.  We were higher than some of the clouds in the area but stayed with good views all the way.
There is a lot of Brit Seaside Stuff at the top which did not encourage us to stay.  We were discussing whether to catch the next tram down when a Monty Python type killer rabbit rushed out of a bush, attacked my shoe and then dashed into another bush.  With killer rabbits on the loose and not knowing the answer to the skill testing question we ran and caught the next tram down.
Click here to see all pictures taken of the Great Orme Tramway:
http://www.flickr.com/photos/colinchurcher/sets/72157634513687937
Click below to see a slide show of pictures taken of the Great Orme Tramway.

Posted by Colin Churcher at 5:40 AM