It was raining lightly when we walked through the Conwy churchyard to the station. As we came out of the alley a local remarked that they didn't see too many live people coming out of there.
Being a request stop, intending passengers have to stand out in the rain to signal to the driver to stop. To make it worse the station is on a sharp curve so you hear the train arriving before you see it. There is an electronic board but I think this is just timetable information, and not actual. The board went blank at train time which wasn't very helpful or reassuring.
It was only two minutes late and we claimed our reserved seats on a full train.
The train runs through mile upon mile of dismal caravan sites. These are depressing enough but are only marginally worse than the row upon row of half-double houses and pre-war bungalows.
We arrived at Chester 15 minutes before the forecast said it was going to start raining. The forecast was correct.
The hotel is close to the station so we left our bags and walked into the city centre. The clock is a well-known tourist attraction and there are a lot of interesting buildings similar to Shrewsbury. 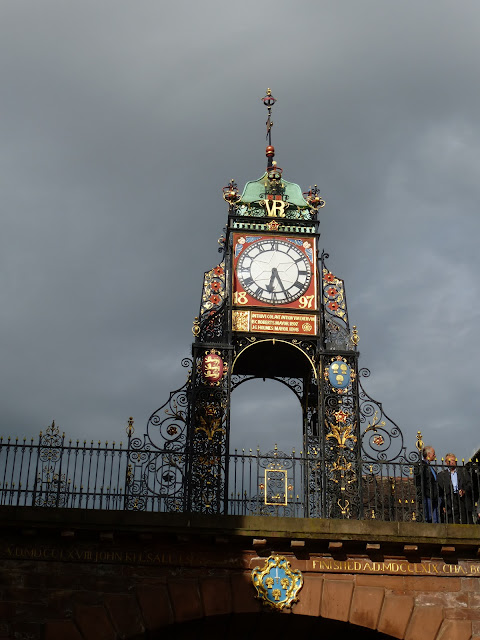 Lunch was a ploughman's and a pint of bitter/trio of smoked fish and water.
The cathedral is very large with a lot of stained glass but it is pretty dark and dingy. The organ concert had been cancelled and most of the place had been taken over for a series of mystery plays that were  being held starting in two weeks. There were wires around and men shouting at each other from high step ladders. To cap it all there were two women chattering to themselves while painting two wooden step ladders - one wonders why this had to be done in the cathedral at all. There was very little peace and quiet. 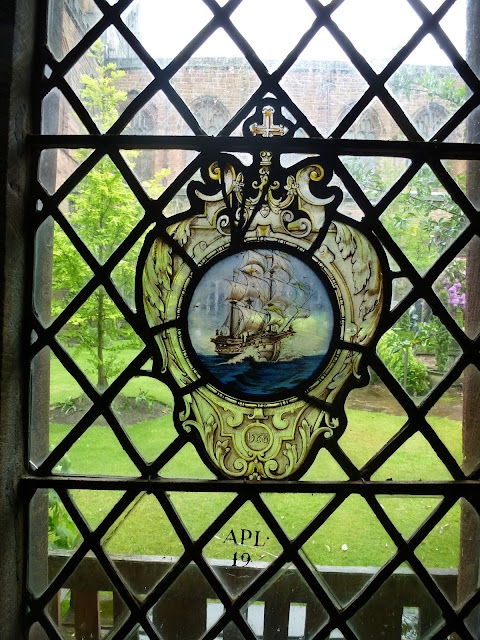 The covered market contained a good variety of producers, fruit, vegetables, cheese, meat and prepared meats as well as conserves etc. There were also clothing and other vendors. What a good idea - the vendors can set up their wares all through the year and people can shop regardless of the weather. I wonder why Ottawa doesn't think of something like this!
We walked along one of the rows which is the top level of the two level medieval shops in the city centre. I believe this is unique in Britain, at least. 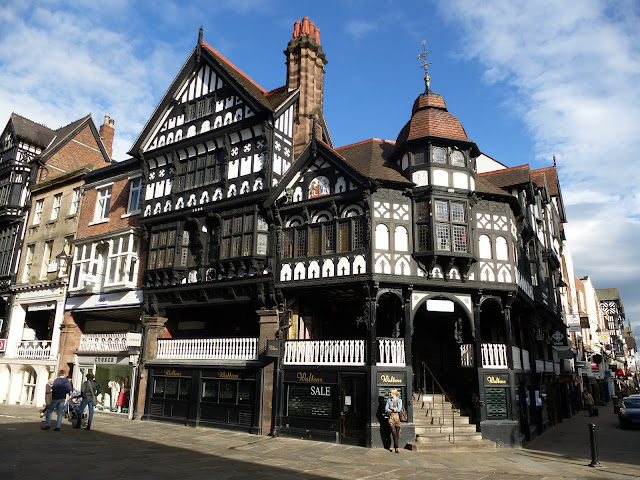 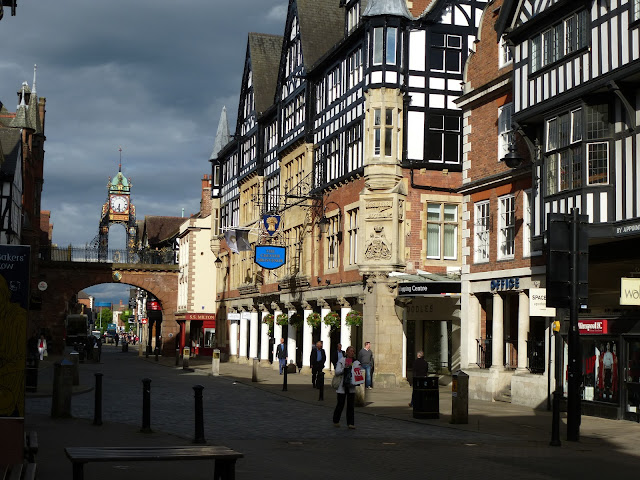 After some heavier rain we came out in sunshine and walked around the city walls, about two miles in all. Walking anti-clockwise we saw the cathedral, the canal, the racecourse and the River Dee. At one point the rain had washed something sticky off the trees on to the walkway. It felt as if we had velcro soles walking on velcro.

Posted by Colin Churcher at 4:58 AM