The train to Dinas left at 1130 which gave us time for a leisurely breakfast and a stroll into the hills behind the hotel. Once again we had a perfect cloudless sky. With such a late spring the flowers are about a month behind which is good for us. There were carpets of white, yellow, blue and pink. Several sheep with a lamb in tow wandered out of our way. 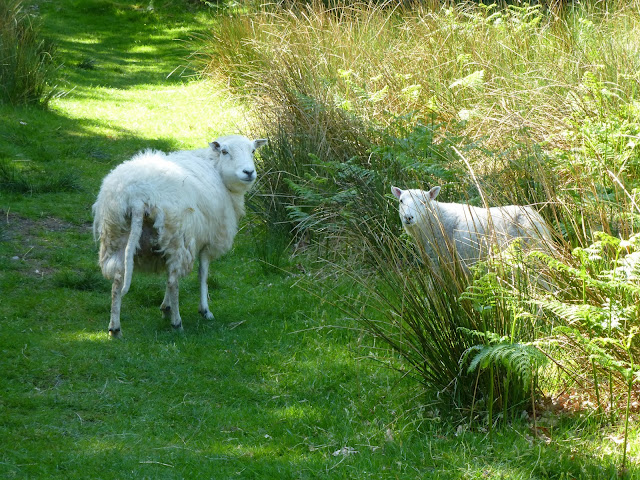 The train from Porthmadog arrived on time and took water while the train from Caernarfon came in and passed us.
I got off at Dinas for a tour of the works while Mary went on to Caernarfon.
The narrow gauge now uses the former standard gauge platform lines. I traveled over the standard gauge from Afon Wen to Caernarfon in 1964. Dinas contained the third operating Garratt, the last one built, as well as K1, the first one built. K1 has many issues and causes serious track damage.
There is a lot of work being done on the SAR ng15 which will be a powerful engine when completed. The large carriage shed contained the Harrowgate Gas Works engine "Harrowgate" which is now owned by the Statfield Barn Railway.

Posted by Colin Churcher at 6:51 AM