We started today by walking along the footpath through the Aberglaslyn Pass to Nantmor and back. The path is very rough in most places and for much of the way all you can hear is the rushing of the water.  The path is not treacherous but we had to be extremely careful where we placed our feet.  After a short rest at Nantmor (where a weed killing train went by) we came back and Colin waited for the two trains to come by. 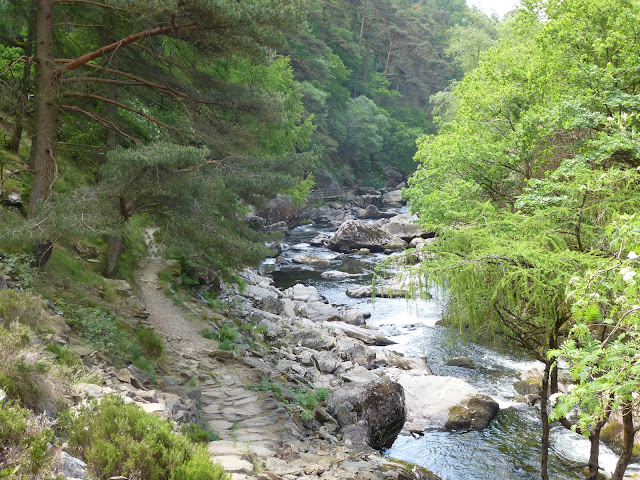 Mary went back to Lynn's cafe for a cup of tea and Colin joined her for lunch. Welsh waitresses have an annoying habit of ignoring you until the finally come round to take your order.  They do not greet you as in France or North America.  The kitchen was slow and we had to wait half an hour to get our salads..  Waitresses are good at saying sorry.  A table where people are waiting is one that is not producing money.

This afternoon we walked to the Sygun Copper Mine.  Beddgelert must be the rhododendron capital of the world.  In some places we walked down an avenue of the blooms. There were very dense carpets of bluebells as well. 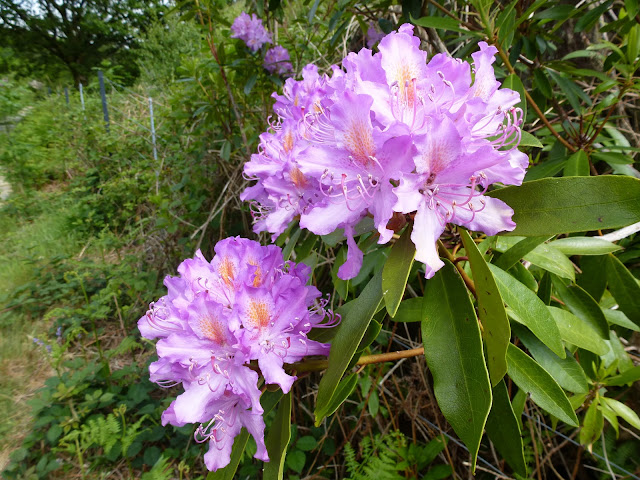 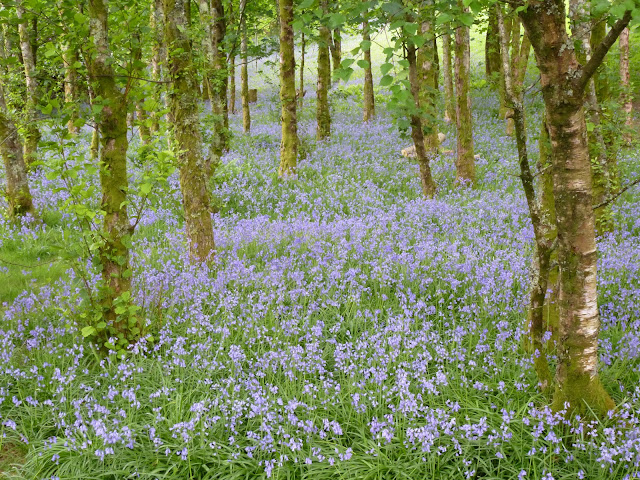 The mine was dank with a lot of running water and water dripping from the roof.  They explained copper mining which was a grim and dangerous occupation in the 1800s.  It is hard to see how they could even think of competing with the Braden Copper Company at Cerro de Pasco in Peru. There were some interesting stalagmites and stalactites but much of the time I was bent double to avoid hitting my head. There were 186 steps to climb up and then we had to come down again.  The mine is in a beautiful valley. 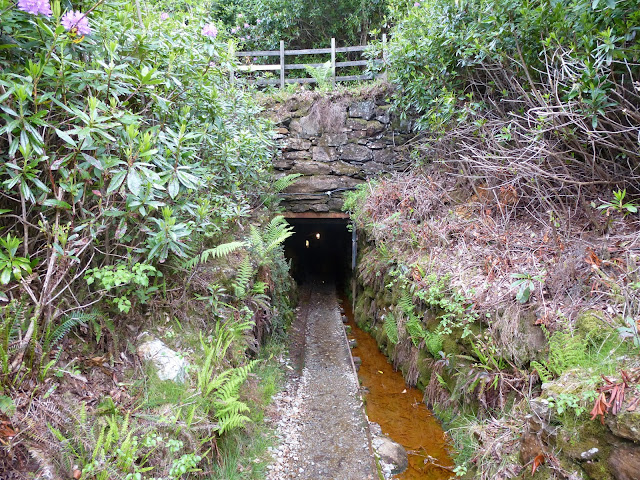 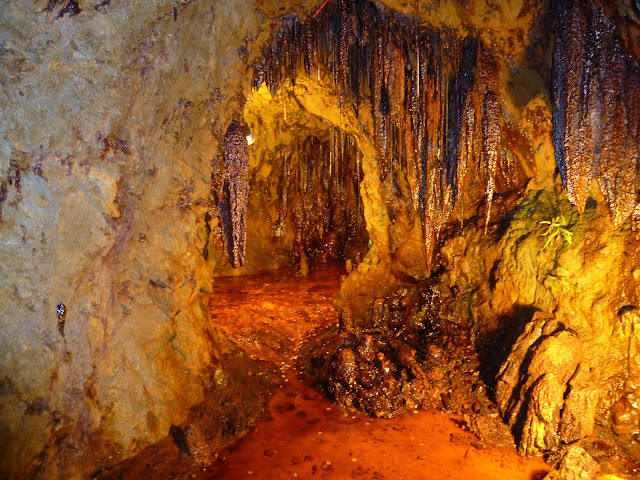 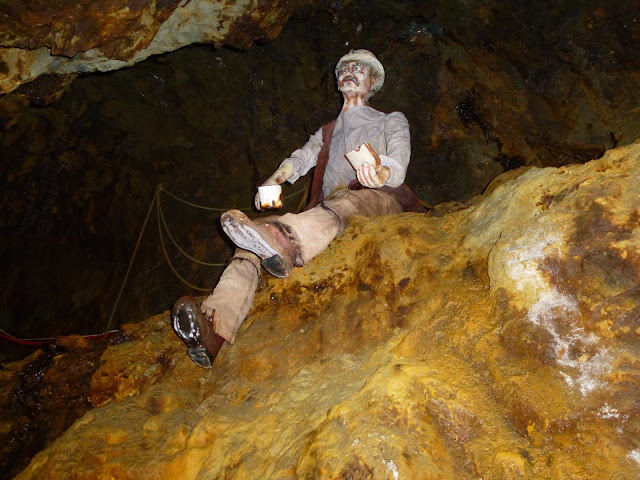 On the way back I stopped off at the station to video the Portmadog-bound train. We were both tired and decided to eat in the hotel and have an early night.
Click here to see all pictures taken of the Welsh Highland Railway:
http://www.flickr.com/photos/colinchurcher/sets/72157634490275384/