Freiburg is about an hour and a half south of Mannheim, close to the Swiss and French borders. We were met at the station by an English speaking guide who called up our vintage tram for a two hour tour of the city.


Freiburg is one of the most ecologically advanced cities.  It has a population of 220,000 and has been growing at 1% a year. All flat roofs must have a green cover because this uses 80% of the rainfall and means less pressure on the waste water system. New houses and apartments are energy saving. Motor vehicles are discouraged while public transport is cheap and easy to use.
We rode several routes -the #5 out to Maria von Rudolph Platz, back along the #3 route into town then the #3 route to Vauban, across town on the #2 route to Hornusstrasse and back along the #5 route into town.


We had lunch at a brew pub - cream of asparagus soup and turkey salad/turkey breast.
The town itself is interesting with many old but well preserved buildings. 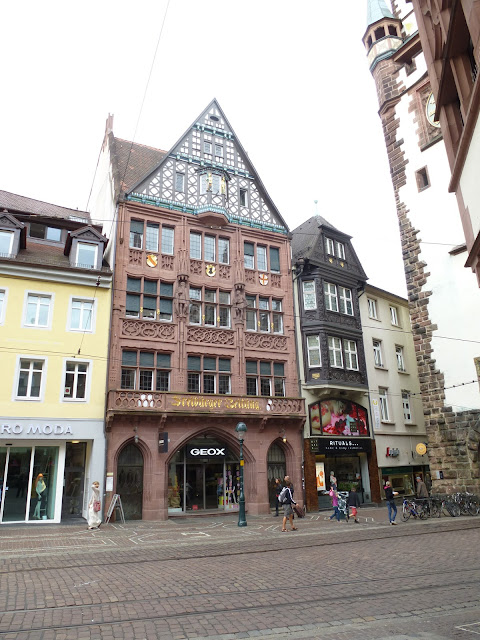 The cathedral is enormous. It is built of a warm red stone, well maintained and with some good stained glass. 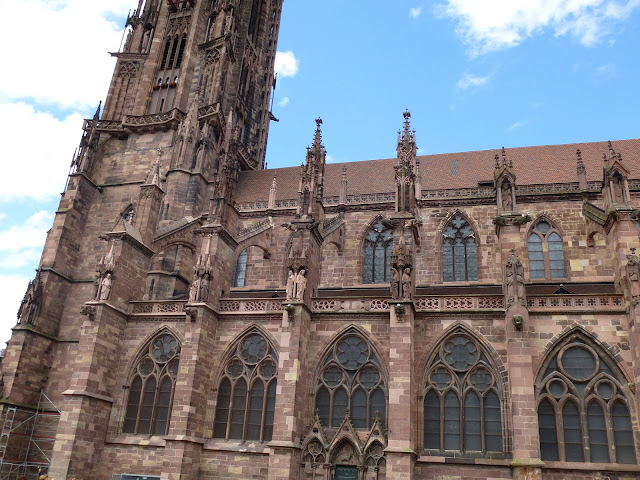 It may be a cheap and environmentally sound place to live but I am not sure I would want to live there. It is too much of cookie cutter approach. Everything looks the same. We made our way to the station and took a train back to Mannheim where a girl at the front desk suggested a good restaurant on the other side of the railway tracks on the banks of the Rhine.  It turned out to be a very good restaurant with good staff.  Schnitzel and salad and chicken on salad.  We had a glass of the local Reisling which was excellent.

Posted by Colin Churcher at 7:39 AM