We took an early train to Frankfurt where we had to change to the train to Dresden.  This would give me time to look around at Frankfurt.  Somehow the train managed to lose 25 minutes between Baden Baden and Karlsruhe before it even got to Mannheim and a change of platform was necessary there. This seems normal for DB and the train staff don't even bother to apologize. They just say how late the train will be. It must be pretty dispiriting working for DB at the moment.
Frankfurt Hauptbahnhof is enormous and it is difficult to photograph.

The front exterior is being renovated and is behind a screen. The trams leave from just in front of the station forecourt. 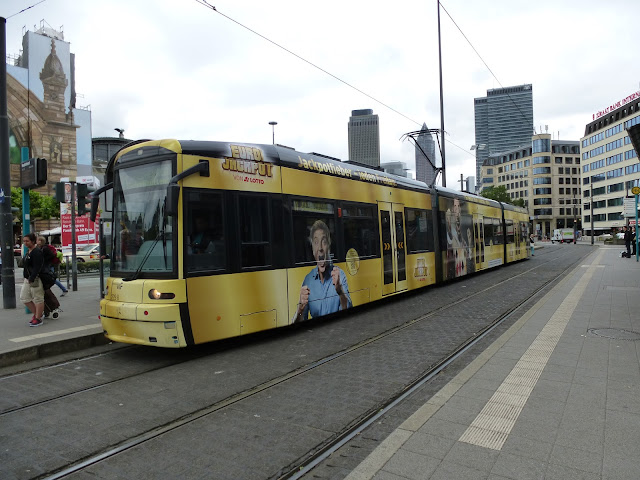 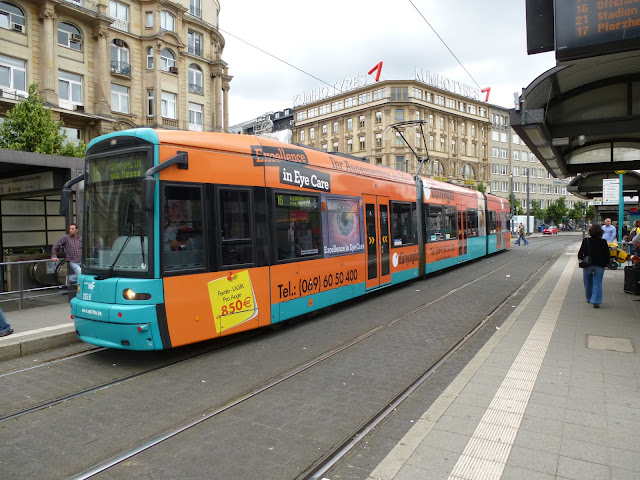 DB can only be described as a complete f--- u-. There was more confusion in Frankfurt because the train before ours on the same platform was running late.  There was some indecision as to which train would use the booked platform and the details were not posted until shortly before our train arrived.  The announcer then said the train was reversed.  But it wasn't so we were waiting at the wrong end - we were in the second car so we had to run pretty near the whole length of the train. Every rail trip on DB is an adventure.
We left Frankfurt about five minutes late and made up a bit of time at intermediate stops but a serious delay because of permanent way work brought us into Dresden some 15 minutes late.  We reversed direction at Leipzig which is an extremely large station.