A free day today with our first class Eurail passes. We first went to Baden Baden on an ICE  3.
There was not much by the station but a man in a shop told us to take the bus the 7 km into town
The driver sold us a family day pass and took us into town. The first stop was the tourist office to get a map. The office is in the Trinkhalle, a beautiful large 1839-42  building with a colonnade and Corinthian pillars where people used to take the waters. 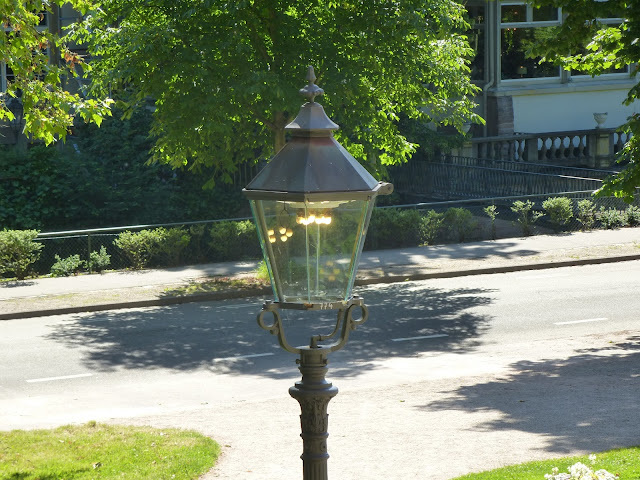 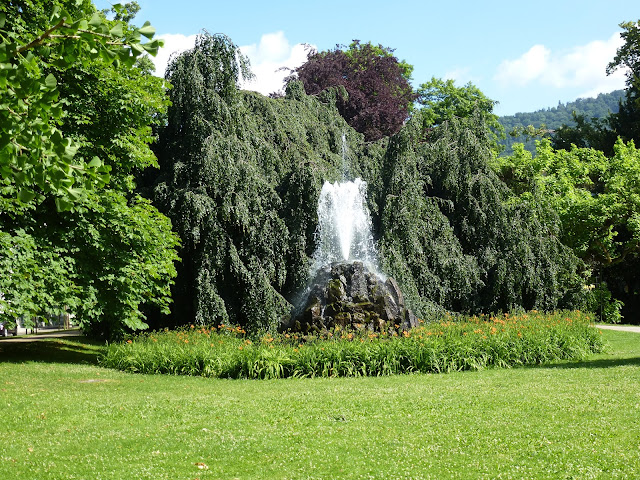 The whole area is well maintained and walking along by several museums was a pleasure. The stream had been reinforced along the length of its bed.
We went into the Altstadt which had lots of steps. The buildings were old, well maintained and beautiful. This is an attractive town. 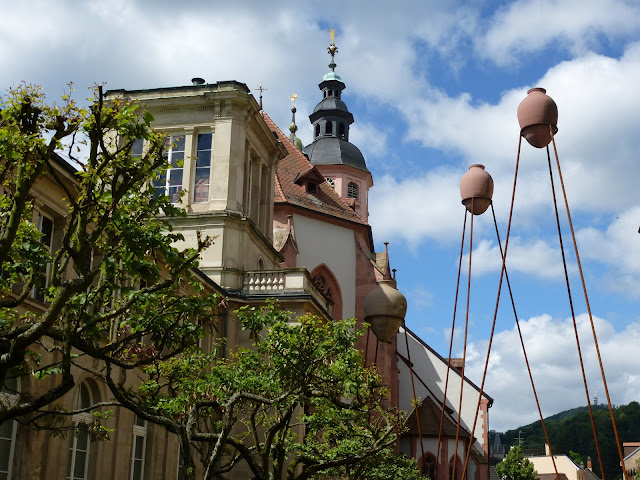 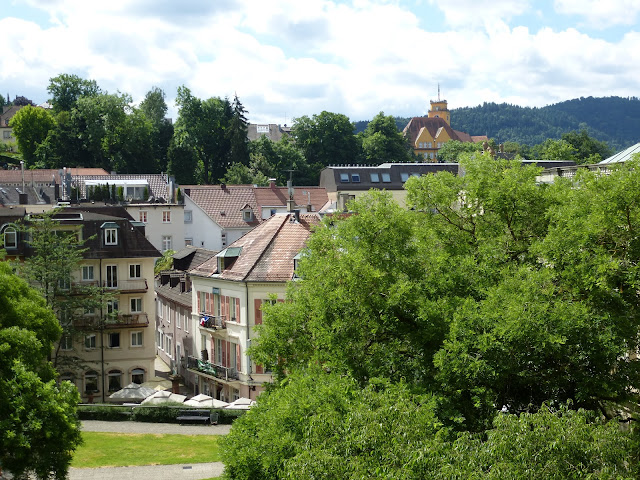 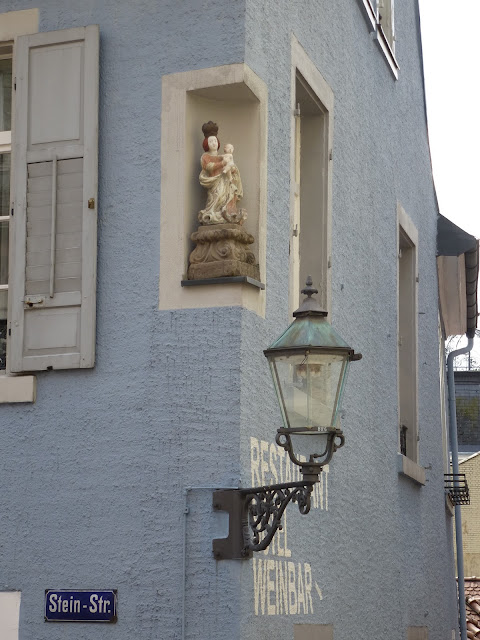 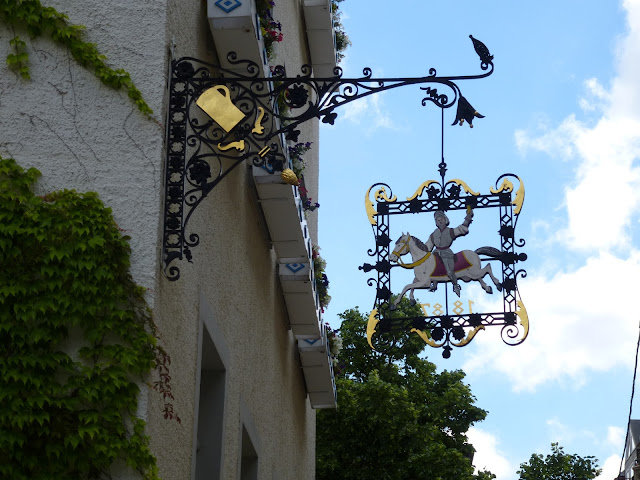 Lunch was in a beer garden: liver dumplings and sauerkraut/boiled sausage and potato salad washed down with a light beer/white wine spritz. 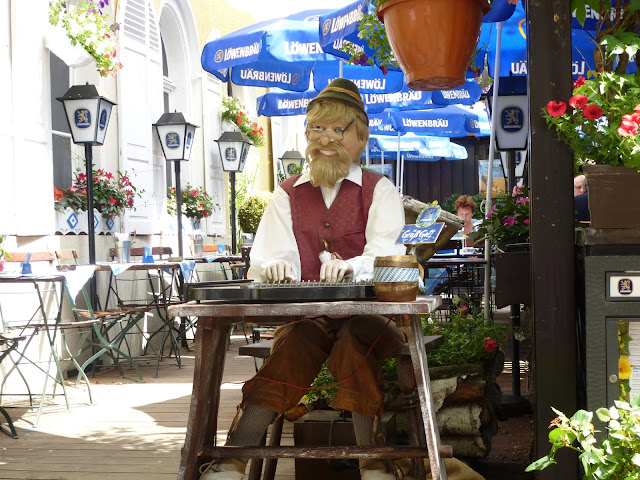 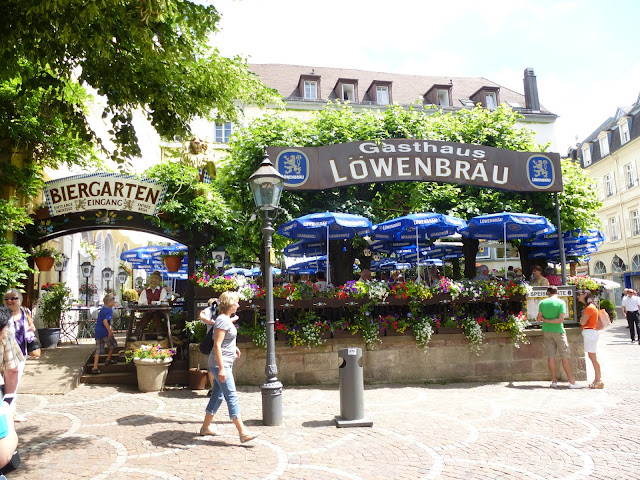 Click here to see all pictures taken at Baden Baden
http://www.flickr.com/photos/colinchurcher/sets/72157634527385671/
Click below to see these pictures in slide show format:
The bus brought us quickly back to the station and we caught a late-running ICE to Karlsruhe which can only be described as a mess. Half of the city is under construction. In any case it has very few redeeming features.

Marktplatz is a flower and vegetable market and the trams, many diverted or bustituted, have to make their way between the construction fences.
The Schloss appeared to be an interesting venue on the map.  It is an enormous curved building in front of which there was a performance.  Maybe there are formal gardens round the back? 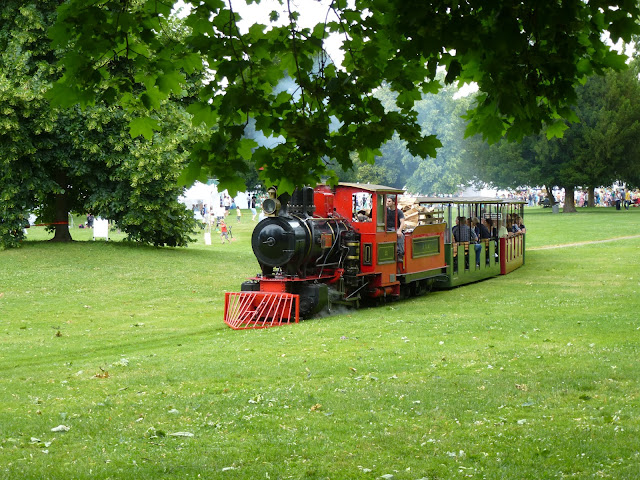 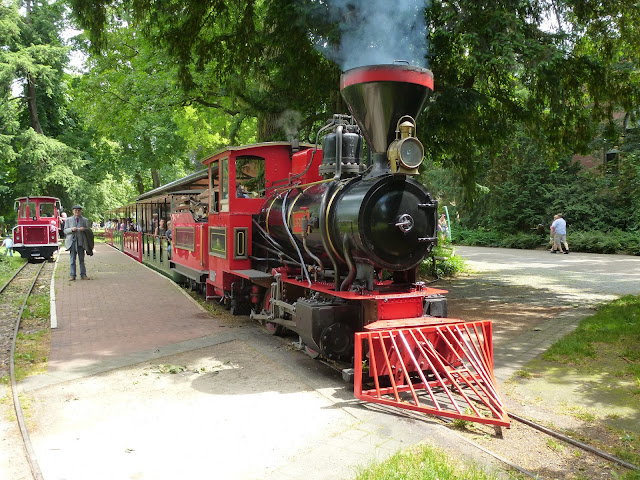 Unfortunately no. Junk food and a Bob Dylan imitator who wasn't very good. The gardens are more like a forest. There is a miniature railway giving rides using a 1939 wood burning Henschel 0-4-0 steam locomotive.
We  came back to Mannheim on a TGV from Marseilles. So far the only train we have used in Germany that has been on time has been a French one.
We went into the centre of Mannheim this evening.  There are several wide pedestrian only streets with street cars running through them.  Very impressive. 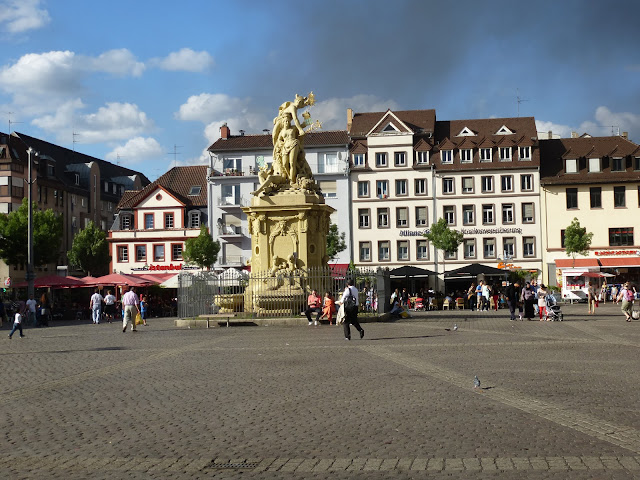 There was a large peaceful Turkish demonstration and the police were driving around advising everyone to stay indoors because of the smoke. Returning to the hotel took a little longer than anticipated because the door interlock failed on the tram.  The driver and the driver of the next tram fiddled with the doors and eventually everybody was turned out, the doors locked and the tram driven off empty.  In the meanwhile at least ten trams were backed up by the blockage.
Posted by Colin Churcher at 11:39 PM