Being so close to the Eurostar Terminal it was easy to get to the meeting point and find Ray Smith and the rest of the group.  The journey by Eurostar was cramped as usual. We stopped at Ebbfleet, Calais Frethun and Lille Europe. The hotel is close by and we left our bags and started to explore the Brussels tram network.  They have several steps to enter and the doors are few and very narrow.  This causes great difficulty for anyone with a baby carriage and wheels chairs are impossible. There are some low floor trams but not on the routes we traveled.

We took the 81 out to Montgomery and the 39 to the end of the line at Ban-Elk.  The inner city is dense but the end of the line was in pleasant countryside with lots of green space.  The 39 brought us back to the tram museum which I visited briefly.  They have a very large number of trams and buses in a good, secure, dry former car barn. Then we took the 44 to the end of the line at Tervuren, much of this being through thick forest. There is a turning circle at Tervuren which is also used by the Tram Museum's excursions.  Several of our group went out on the Excursion but missed the return so they had to use the service tram #44 which we took all the way back to Montgomery. The 81 then brought us back to the hotel. The inner city is pretty dense and the streets are winding.  At one point there is a vast open square which was filled with barbeques for sardines, meat and chicken.  It was packed and there was singing and dancing.  There was a completely open urinal - don't know what the women used.
Validating our Eurail passes was surprisingly easy and pleasant - the man didn't even want to check our passports.

One of the hotel staff told me that 90% of the people in Brussels speak French. It makes things a good deal easier being able to use French. 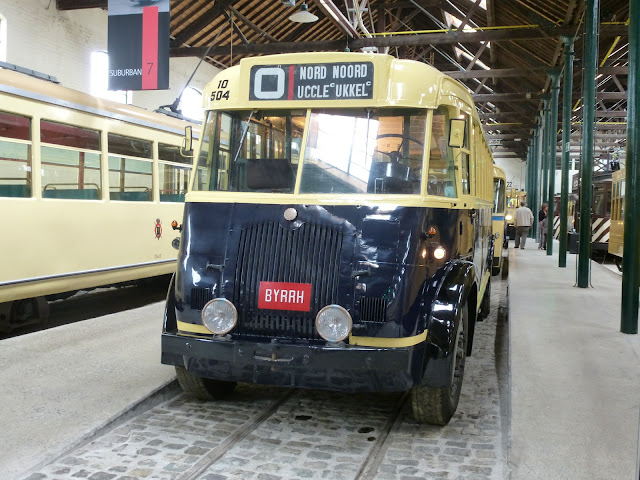 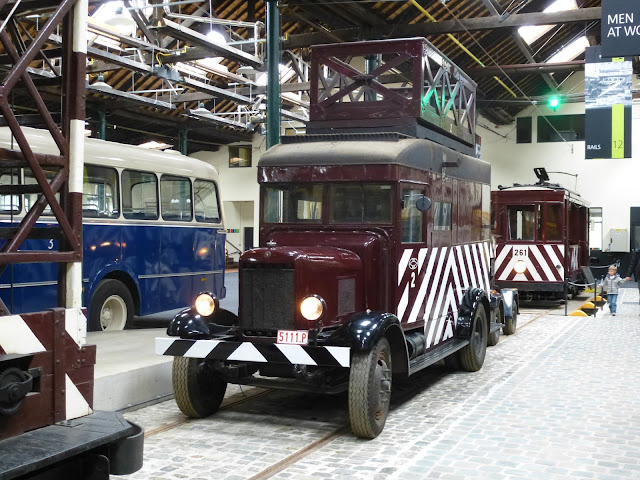 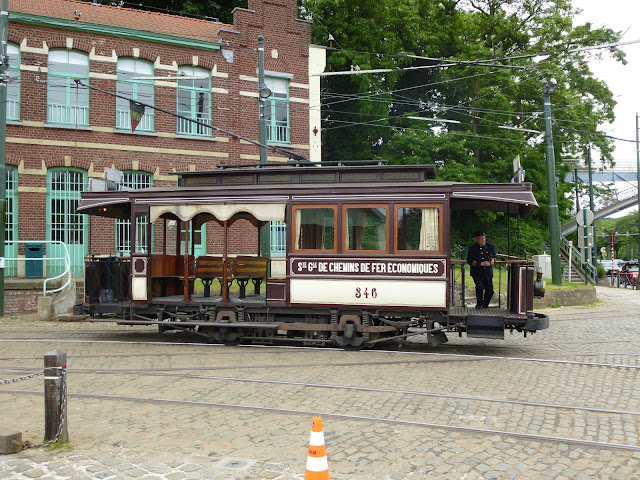 Click here to see all pictures taken of Bruxelles Trams
http://www.flickr.com/photos/colinchurcher/sets/72157634522692111/
Click below to see these in Slide Show format

Posted by Colin Churcher at 9:39 AM