Mary and Veronica decided to go "shopping" today.  I went along to ensure they didn't get lost and to carry the parcels.  I had mistakenly thought that "shopping" entailed buying something.  In fact it consists of going into a boutique, discussing the particular shade of taupe or fuschia,  admiring or criticising the quality, laughing at the price tag and deciding it isn't quite right. 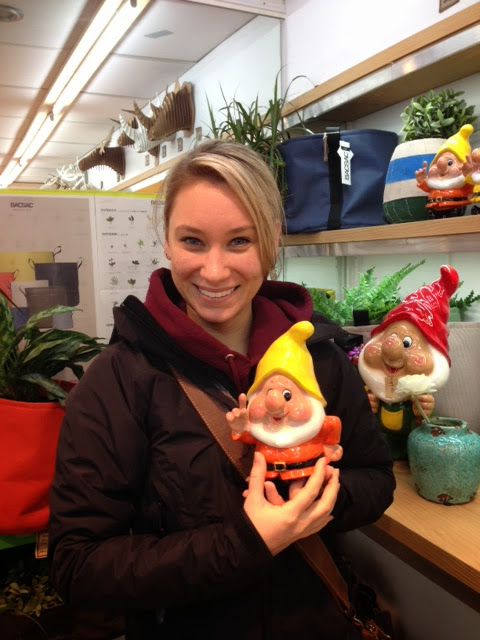 The best boutiques have chairs where the men can rest their weary feet and flirt with the assistants.  At other establishments I stood outside and watched people. A man strolled past singing in a loud castrato voice towing two small dogs in a shopping basket.  The dogs were wearing Santa Clause hats. A well dressed woman in high heels came along and put nine wine bottles into the recycling - must have been some party.  Kids had succeeded in throwing a pair of sneakers so they hung from an overhead wire.
We started in Rambuteau and had made it into the Marais for lunch. The restaurants were crowded and we ate pita sandwiches from a hole in a wall. An old man came up to Veronica and said she would get married next year.  He then went on to the next young lady and repeated his speech. The street was full of people eating pita sandwiches which made it difficult for a couple of men trying to deliver some sides of beef to a restaurant. 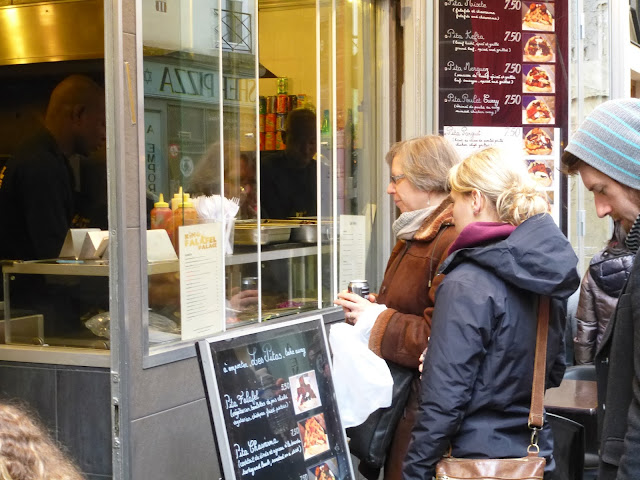 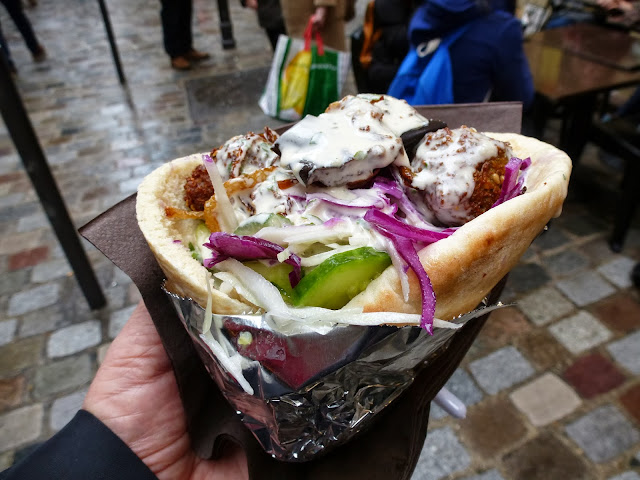 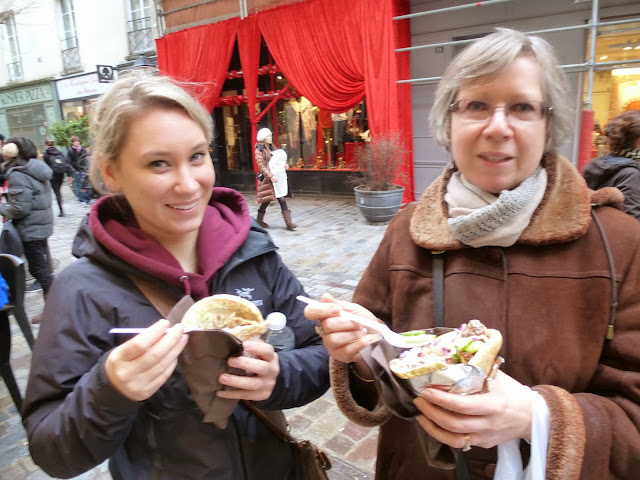 We continued "shopping" and finished up at the Place des Vosges.  A drink was needed. We found a moth eaten bar on the rue de Rivoli where I had coffee and a well deserved Calvados. The toilets were a delight. There was more "shopping" along the rue de Rivoli as far as the St. Paul metro from where we came home.  I didn't have a parcel to carry.

This evening we went to Aux Isles Marquises for the St. Sylvestre meal. We were greeted warmly by Madame and the food was great although the service was spotty. The waitress kept dropping things while the head waiter was arrogant. Madame mentioned that they would likely be giving up the restaurant in the next year or so.


The metro was surprisingly quite in both directions.  However, there were several parties in our street.  There was a loud countdown to midnight and the street was pretty noisy when they set out for home.

Unclear on the concept. A tourist was having great difficulty trying to get his ticket into the barrier at Villiers metro. Mary had to explain that it was free and he didn't need a ticket.
Posted by Colin Churcher at 11:12 PM