The Metro to Etoile was as full as it can get.  We had to force our way in and were packed in like sardines.  One good part about this is that it was not necessary to hold on as we were in so tight.  Rambouillet is on the line to Chartres at the end of the Paris suburban zone.  Some trains are served by the SNCF Grande Lignes while others are run by Ile de France (STIF).  They all leave from the same platform group in Montparnasse yet they are shown separately in the departure boards so one just has to know.

It was cloudy and cool today and the views from the top deck of the train were not impressive, especially as the railway cleaning machines do not do a good job.

Rambouillet is very much a provincial town which has a bad parking problem, particularly on market days which is today.

The Musee du Train, is located in the centre of town in a large house.  It is built around the collection of Jacques Visbecq who also owned the house.  The musee celebrates its 30 year this year.  There is a collection of models, mostly working, on the ground floor while the first floor houses a collection of toy trains and traces their history and development.  The real prize is the O scale model railway on the second floor.  The models are all hand made and the attention to detail in the scenery is amazing.  It is built around a heavily reduced Gare de l'Est which bears a surprising resemblance to the original.  For the most part we were the only visitors around and so it was possible to  walk around and take video unhindered.  http://youtu.be/ua-5yxAU_P4 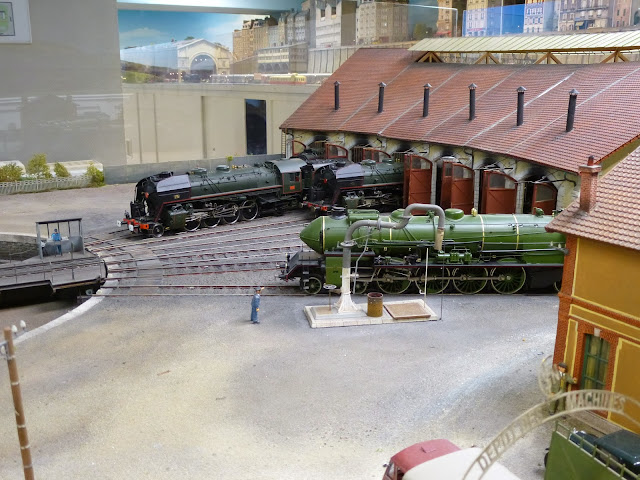 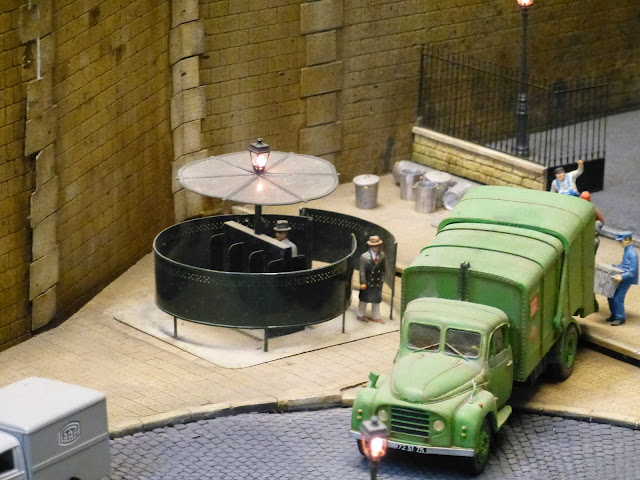 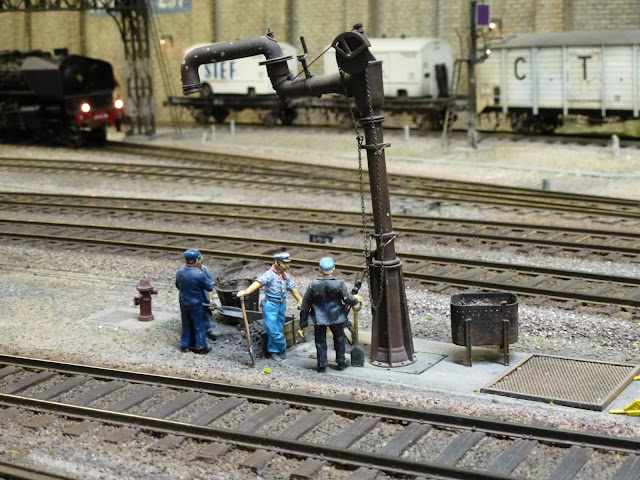 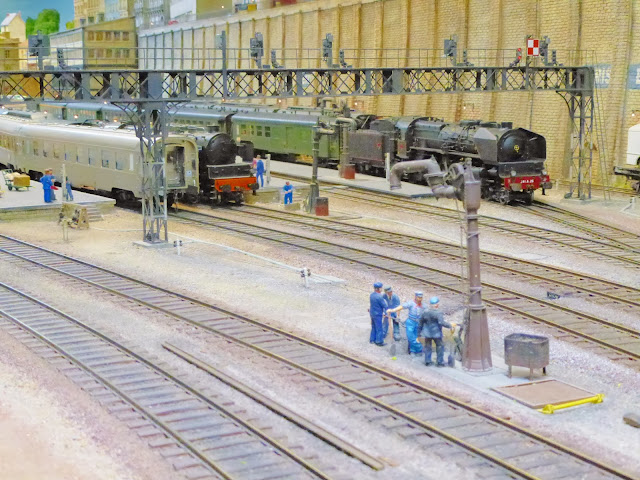 Today was market day and one of the stalls only sold horsemeat in spite of the current scandal.  A couple had a small box with a goat in it. They invited people to pet the goat then broke into a sales pitch on candies. The Napoleon bistro served a very good lunch soup/terrine then pork loin with ratatouille.  It was all very good and extremely filling.  It was fortunate that we went in early because people were waiting for tables when we left.
The Chateau de Rambouillet is set close to the centre of town.  We walked along part the extensive artificial lakes watching the coots and Canada geese.  The coots seemed to be walking on water and then we realised there was a thin coating of ice.  We watched their antics trying to land on the ice and then walk along, occasionally breaking through.

The chateau is relatively small compared to other chateaux but the lakes are extensive.  The only way to see the interior is by a guided tour.  There was a group of mentally challenged also waiting so we were given our own private tour.  The lady spoke a very clear french and was interested in her subject.  The most impressive part was the decorative carvings on the large wooden panels.  The sheer size and number and the exquisite attention to detail were amazing. 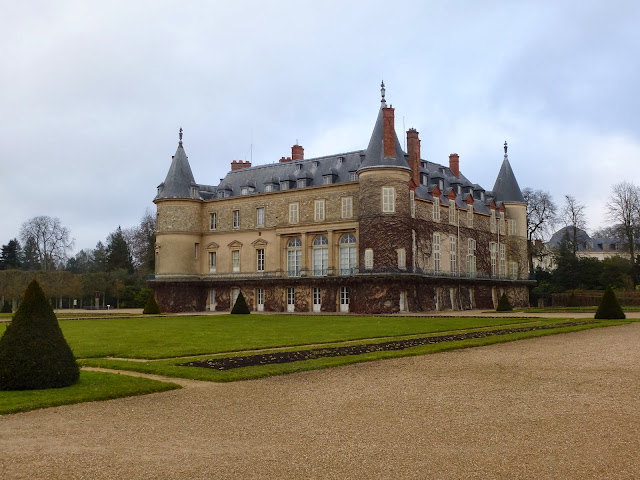 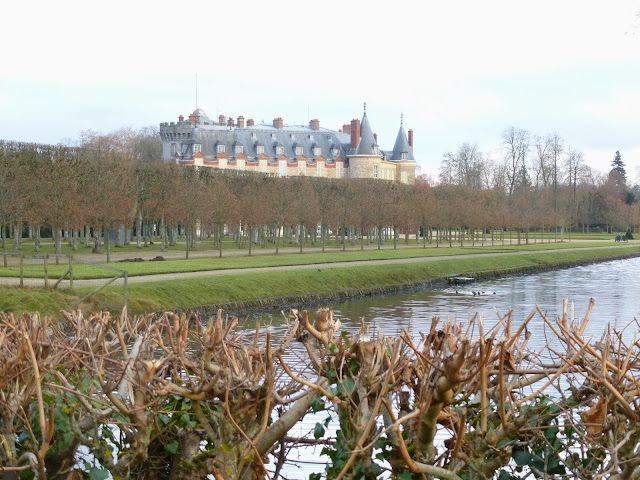 The second part of the chateau visit was to the Laitterie de la Reine and the Chaumiere aux coquillages.  It was a walk of about a kilometre to the Laitterie.  I kept wondering why Marie Antoinette would want a dairy.  It is a very elaborate couple of rooms in marble, housed in a nondescript shack. The there is a waterfall over simulated rocks at one end and two fountains on each side from which milk was played so the queen and her guests could come here, marvel at the expense and take a cup of milk.

Our guide spoke expansively and also asked us about the price of parkas and the state of hockey in Canada. He walked with us to the Chaumiere, after introducing us to his small dog.  The Chaumiere is a thatched roof small building with an interior decorated entirely with sea shells of various types (oyster, scallop, mussel, mother of pearl, and a few exotic ones).  It is ostentatious in the extreme and was built to demonstrate how rich the monarchy was.
It was a half hour walk back to the station but the clouds were breaking up and the views towards the chateau were pleasing.
Click here to see all pictures taken at Rambouillet:
http://www.flickr.com/photos/colinchurcher/sets/72157638723870263/
Click here to see all pictures atken at le Musee du Train:
http://www.flickr.com/photos/colinchurcher/sets/72157638835340674/