In spite of the complete shut down of metro lines 2 and 6 yesterday afternoon for about four hours they were both working well this morning and we made a quick trip to Montparnasse.  Line six comes out of the tunnel just after Trocadero and crosses the Seine with good views of the Eiffel Tower. This morning there was an added bonus of a red sky.  The train to Chartres was a new TER double deck electric multiple unit which was smooth, quiet and comfortable. It took about an hour. 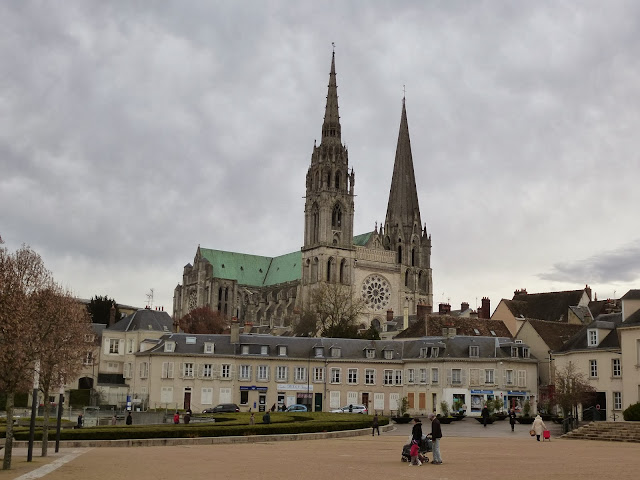 Chartres was cold and there was a biting wind at times. It is pretty difficult to miss the cathedral and we made straight for this landmark. The front has been cleaned and it makes a fine sight.  The interior is pretty dark except the west part which has been cleaned. The cathedral boasts the largest collection of medieval stained glass - as does York. The sun shone through at times and the windows came to life. Some of the blue glass cannot be reproduced today because the formula has been lost. However, the downside is that very little light gets in making the interior very dark. The church is not doing a good job of cleaning and there were cobwebs over some of the stonework.  A vacuum cleaner with a soft brush would make a lot of sense. Maybe there should be an admission charge which would produce revenue to allow the diocese to keep up with the necessary maintenance.

There was an extremely well frequented market.  There were serious line ups for everything.  At the charcuterie there was a long queue in spite of six people working behind the counter.  One couple were selling whole rotisserie chickens. They had three banks of chickens on the go in different states of readiness.   There must have been at least 150 birds on the grill.  Following an unsuccessful attempt to obtain cell phone use through Bouygues we cut our losses and had lunch at a good bistrot. Mary started with a fish soup while I had the foie gras. We continued with cod and magret de canard, all very good. We had not planned to have desert but the cafe gourmand included macarons for which Chartres prides itself. I had apple pie flamed with Calvados.
We were close to the market which was closing down for the day. We watched a fat marmelade tabby cat walk down the street and into the market presumably to help clear up bits of meat and fish. It was walking purposefully and had obviously done this before.
The river Eure flows in a valley to the east of the town and we followed it using two of the three historic stone bridges.  This area has many narrow winding streets. 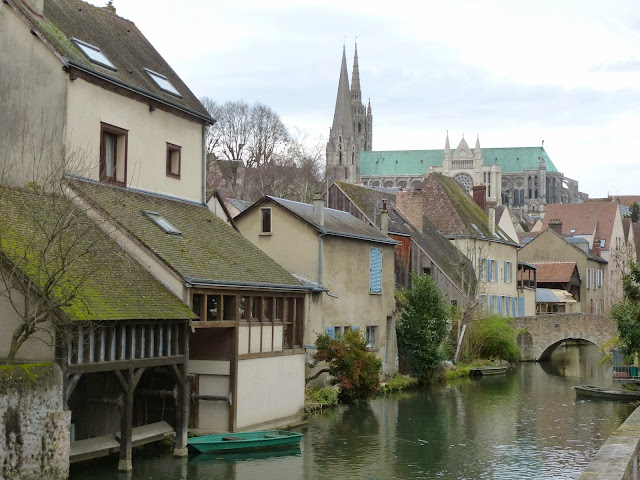 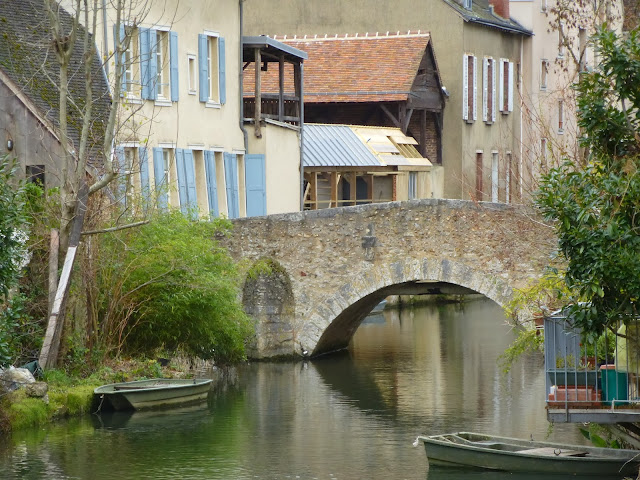 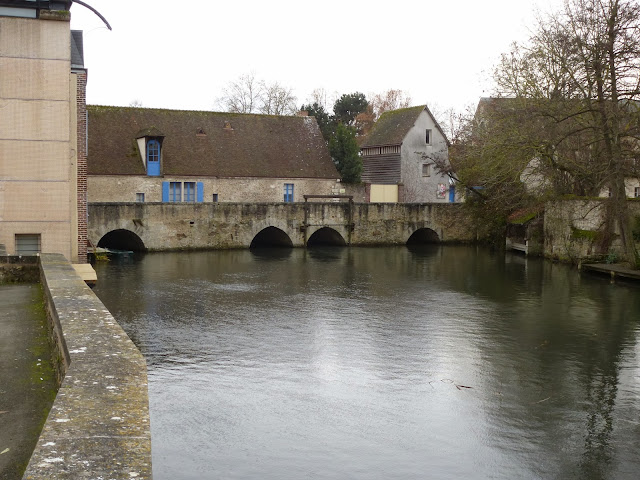 It was getting colder and we made our way back to the station walking around the outside of the cathedral and used the free wifi to download today's Ottawa Citizen. 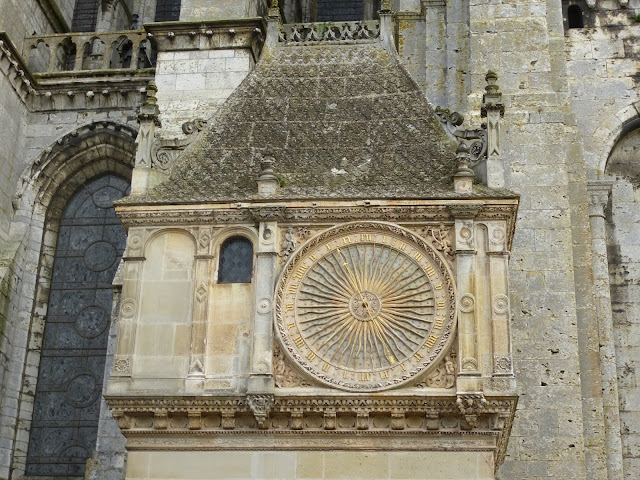 The ride back was again in one of the new comfortable trains. SNCF staff had thoughtfully locked all the toilets on the train. Saves having to clean them.
Click here to see all pictures taken at Chartres:
http://www.flickr.com/photos/colinchurcher/sets/72157638903923255/
Posted by Colin Churcher at 11:54 AM