We visited Bridgnorth two weeks ago to see the Severn Valley Railway but decided to go back to see the town on Saturday which is market day. There was some confusion on the bus because of a new timetable.  While several older people, me included, were writing the revised times on pieces of paper a young lad came along and took a photo on his phone.  I had a camera, a phone and a tablet I could have used.  I took a picture with the tablet in the end. This was an entry to chatting with several passengers close by. They really liked Shrewsbury, their town, and were appreciative of our comments about it and Shropshire in general. 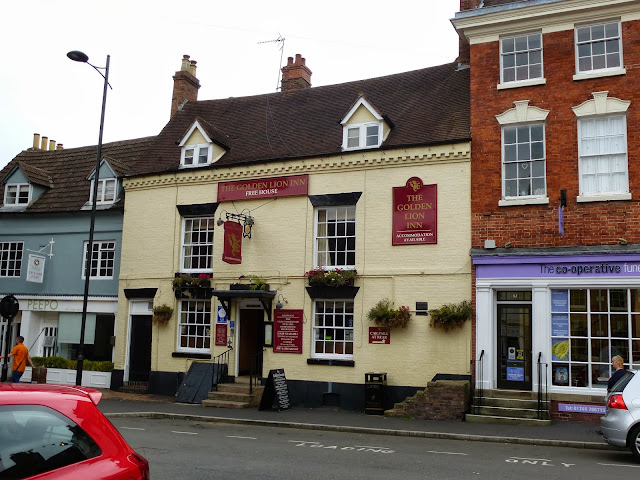 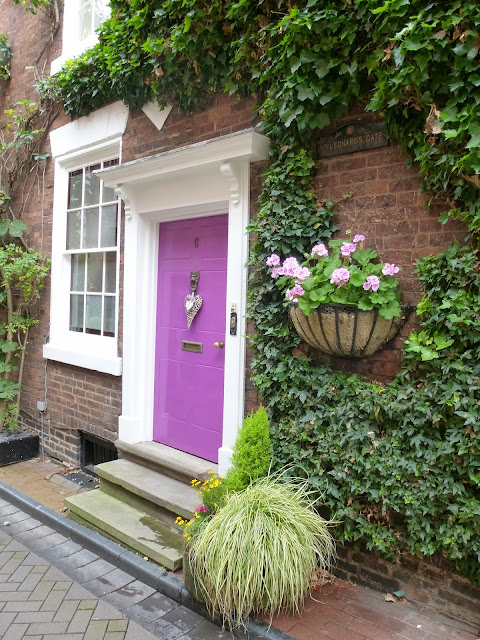 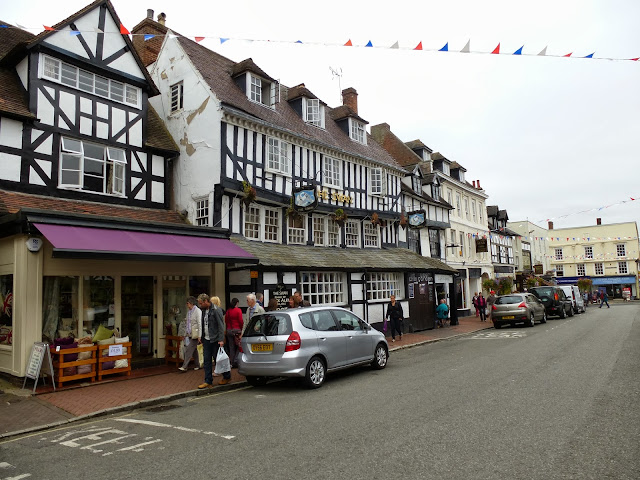 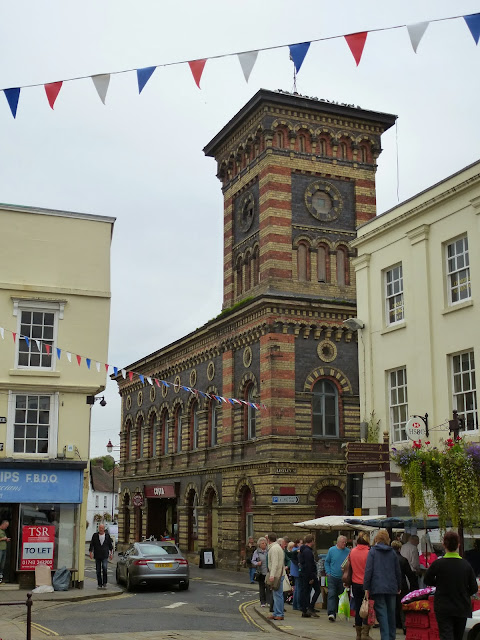 Bridgnorth was busy. There are markets in a car park opposite Sainsburys but also along the main street as well. The normal range of fruits and vegetables meat and dry goods were available as well as a large number of prepared foods from hot dogs to bread and butter pudding. The place was really crowded. As well as the stalls which are only there on Saturdays they were a large number of butchers and other shops all doing a good business. 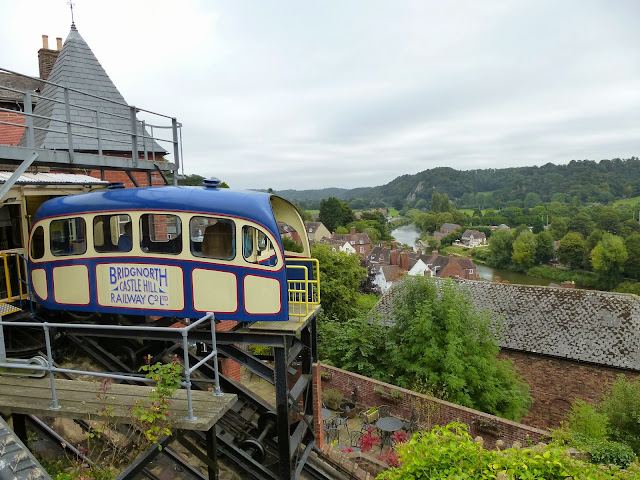 We walked on the path around the castle which is only a ruin now part of which seems in danger of collapse. The cliff railway is a good way of getting down to the lower town. We watched the fisherman one of whom was sitting in the river feeding the ducks. However, there wasn't a great deal to see in the Lower Town apart from an interesting road called the Cartway. The Cliff Railway was running frequently and after some more scouting around we found a good pub, the White Lion, where I found an excellent bitter called Sir Keith Park. Brewed in Bewdley, this is named after the Battle of Britain class locomotive currently running on the railway. It is a good beer not too bitter and nicely rounded. Mary had a glass of Thatcher's traditional cider from the pump which was also good.  I had a Scotch Egg, a boiled egg surrounded by sausage. 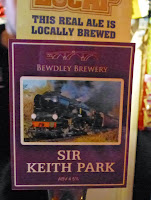 Tanners, the wine merchant, have a bottle of Hereford gin which I have bought to take home. It is quite smooth tasting and I'm looking forward to martinis at home.

Click here to see all pictures taken at Bridgnorth
http://www.flickr.com/photos/colinchurcher/sets/72157636352412474/
Click below to see these pictures in slide show format.
There was some debate at the bus stop as to the time of the returning bus to Shrewsbury but it turned up a little early.  The reason for the change in times is a long road detour because a road into one of the villages is closed for repair.
When we arrived back in Shrewsbury a lady we spoke to while waiting for the bus at Bridgnorth invited us into her flat for tea.  It is a chapel converted into four apartments.  She lives on the ground floor in a very large space and in a very central location. We chatted for a long time.  She was born on a farm in Staffordshire and went into nursing.  She has a wide range of interests and we had a wide-ranging discussion. 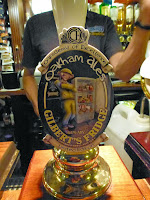 This evening we went to the Three Fishes for supper - ratatouille/steak and ale pie.  Mary had Addlestones cider and I had Oakham Ales Gilberts Fridge, a light ale with a good taste and excellent finish. It was pretty busy in there with a lively discussion over the defeat of Shrewsbury to Wolverhampton Wanderers (soccer) this afternoon.  A couple of inebriated ladies created gales of laughter speaking loudly in French.  Their vocabulary was quite good but the pronunciation left a lot to be desired.
Posted by Colin Churcher at 10:19 AM