It was an easy journey into London. Arriva Wales trains took us to Birmingham New Street on time. We had a 20 minute connection and the Virgin Pendolino was already in the platform so we boarded straight away - better than waiting in the first class lounge. The riding of this  train at speed (125 mph) was very lively. I don't know if it was a track or a truck problem but it was safer to be sitting down. We arrived in Euston on time. Fortified by a Virgin toasted back bacon sandwich we caught a 205 bus to Paddington only to find that the bus was diverted to Sussex Gardens rather than Praed Street but the distance to the hotel was about the same. We were greeted like old friends by Peter, the manager.
This afternoon we took the Underground to Covent Garden. The new trains on the Circle Line are excellent. Bright interior and wide corridor connections. Platform levels are good.
The London Transport Museum is excellent. It does a lot in a restricted space. There are three floors and the locomotives and underground cars are on the second floor. The double decker trams are impressive and I also enjoyed the trolley bus and the RT double decker bus which I rode many times to and from school. 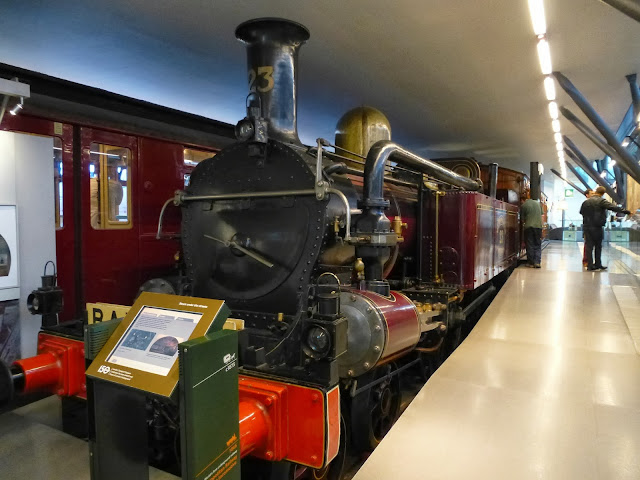 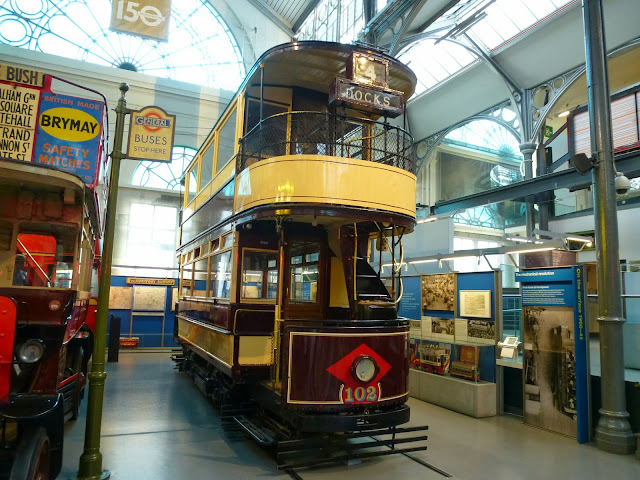 The museum does a great job in the limited space available but can only scratch the surface.
Click here to see all pictures taken at the London Transport Museum
http://www.flickr.com/photos/colinchurcher/sets/72157636392995155/
Click below to see these pictures in slide show format
Mary and I had a drink at Covent Garden, I had a pint of a St. Austell beer - Nicholson's pale, a good well rounded pale ale, medium color. 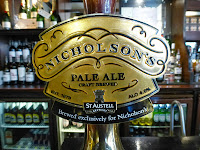 We came back on the Piccadilly line and changed to the Bakerloo line for Paddington. As we were leaving the station there were announcements that all trains were stopped on the Bakerloo line between Elephant and Castle and Queens Park.  Seems like we got out just in time.
We fancied fish and chips but the local chippy looked pretty grotty so we settled for the Mad Bishop and Bear in Paddington Station which has good beers as well as good pub food. The fish and chips were excellent, the chips being nice and crispy. I had a pint of Fullers London Pride, still one of my favorites. The pub was busy and we were lucky to snag a table. The office workers called in here on their way home. Being on the concourse of Paddington station they were able to watch the train departure board and go out when their train was about to leave.
Posted by Colin Churcher at 7:33 AM