Today we went into deepest, darkest Shropshire.  The bus took us to Bishops Castle and we really didn't know what to expect.  Minsterly and Pontesbury didn't look much but a quick look around the small town and it turned out there was plenty of interest.  What is a Puffin Crossing? The ride was through pleasant country, mainly sheep and some cattle. There was one amazing section of several miles through a valley where the trees met overhead giving the impression we were going through a green tunnel. The bus driver came through town the wrong way round for some reason but showed us where the bus stop was to return to Shrewsbury.  There is a steep High Street (up to 1 in 6) with a few timber framed buildings - at the top we saw a man sitting on a doorstep drinking a latte must be a good place. The castle ruins are set in a small park behind the Castle Hotel.  It turns out that there are two breweries in Bishops Castle.  The Three Tuns Brewery is just behind the Three Tuns Hotel/Pub and is reputed to have the earliest charter for brewing beer in the country - 1642. 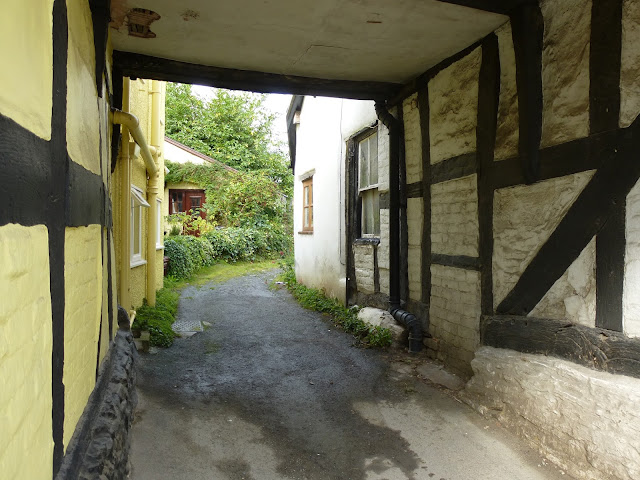 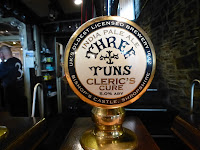 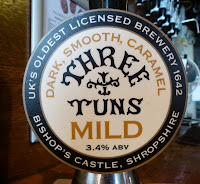 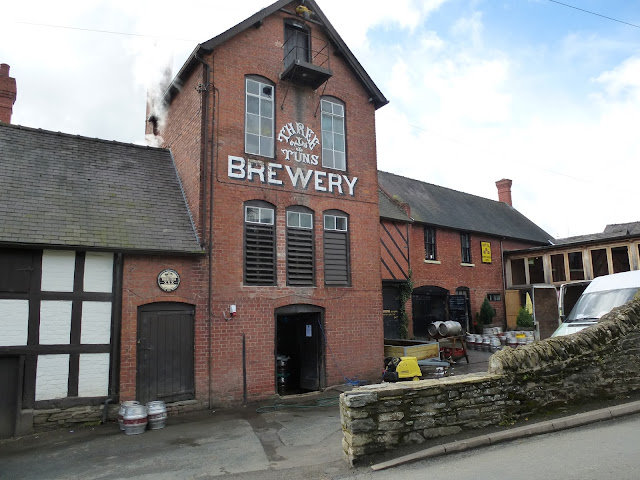 The Three Tuns had (naturally) only Three Tuns Ales on draft other than the air assisted stuff such as Guiness and Kronenburg.  I had tried a stout in the Three Fishes so I had a glass of Mild and Bitter which can be quite difficult to find these days.  Quite a treat.

We wandered back down the High Street and to the end of Church Street.  There was a lot of yarn bombing. We spotted two bicycles, railings and arches festooned with knitting. The piece de resistance was discovered in the bookshop/cafe where two historic buildings were displayed to full effect in 3D knitting. There was a jar in the pharmacy window "Castration Salve".  A cottage was gradually being enveloped in vegetation, there was moss growing on the roof. 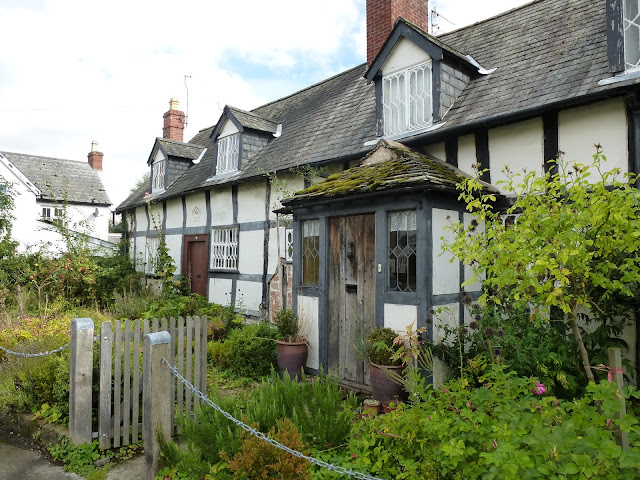 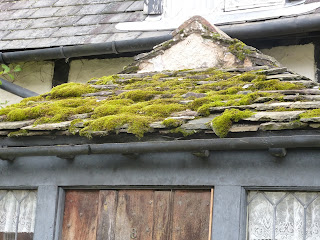 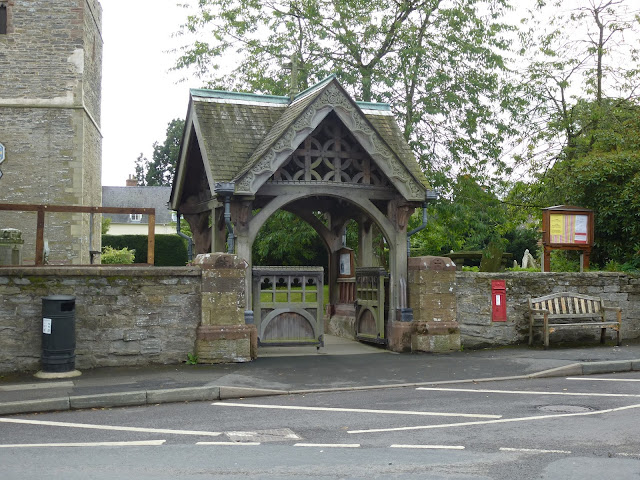 We had a look at the church (in good condition) and found the Six Bells pub which has beer from the Six Bells Brewery in the yard next door.  The Cloud Nine bitter was quite good and well hopped.
"Moi friend Ted killed a pig the other day and brought the skin home, didn't know what to do with it so he made some scratchings and gave some to me.  Oi got into trouble with moi wife twice, first for eating some and second for letting Ted make it." 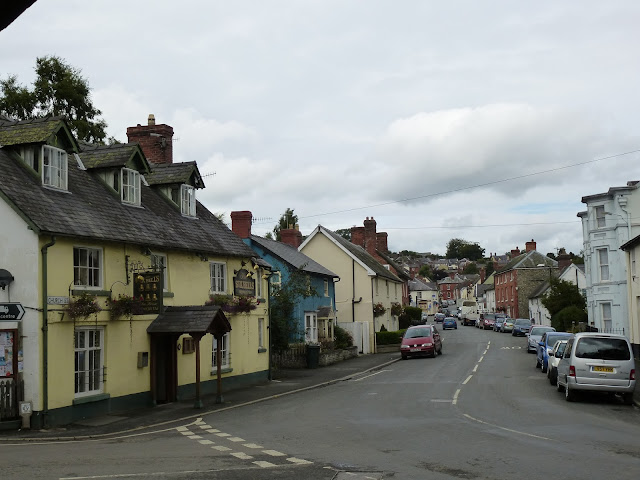 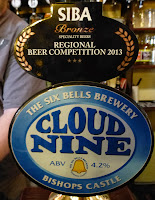 We had now missed the 1330 bus back and the next one was not until 1540 so we went back to the Three Tuns for lunch.  The chicken liver pate, butternut squash soup, grilled Hake and fish and chips were all good as was the dessert. 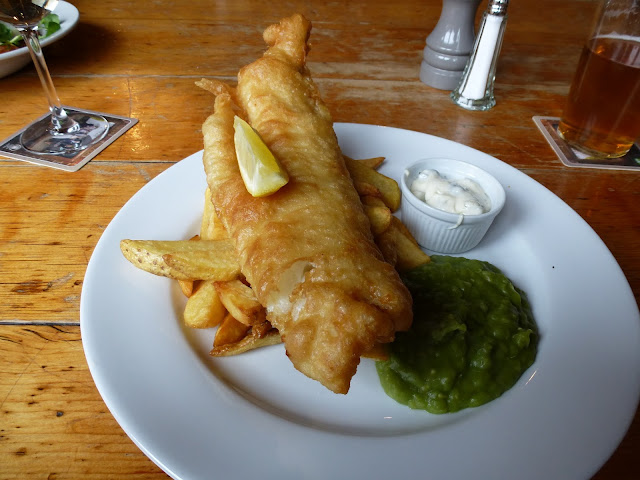 While we were waiting for the bus an old man wearing a pair of purple slippers slouched the puddles in the rain. The ride back was uneventful but noisy as it contained a lot of kids from the Bishops Castle Community Education College. The bus, which started out from the College, arrived almost ten minutes early and a bunch of kids piled put and ran over to the sweet shop across the street. They came back in dribs and drabs and when it came time for the bus to leave the driver turned around and said, "Everybody here?" Obviously this is standard operating procedure.
Click here to see all pictures taken at Bishops Castle
http://www.flickr.com/photos/colinchurcher/sets/72157636293686883/
Posted by Colin Churcher at 10:28 AM