Paddington station is filthy, particularly at the buffer stop ends where the 1970s era diesels are idling. The train shed is black and one wonders at the quality of the air. Isambard Kingdom Brunel must be turning in his grave at this desecration of his work. This is much worse than in steam days. 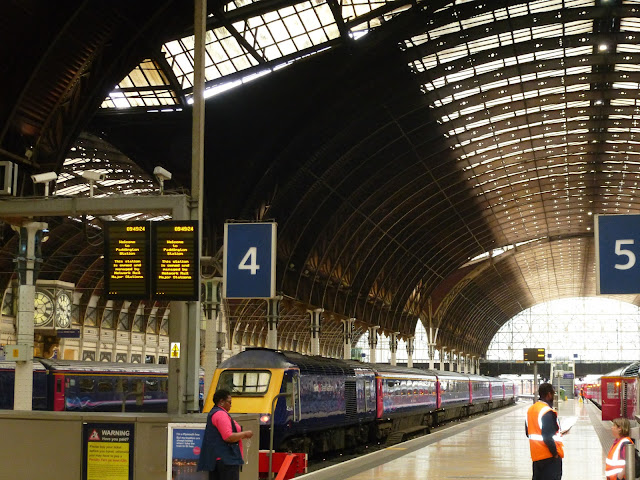 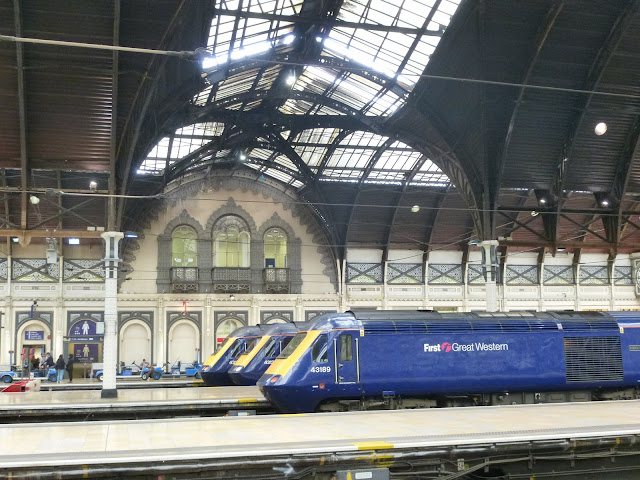 We had some time to spare and walked through Hyde Park. The animals and birds provide plenty of interest for the passers by. A couple of herons provided good photographic subjects while a squirrel entertained some tourists. 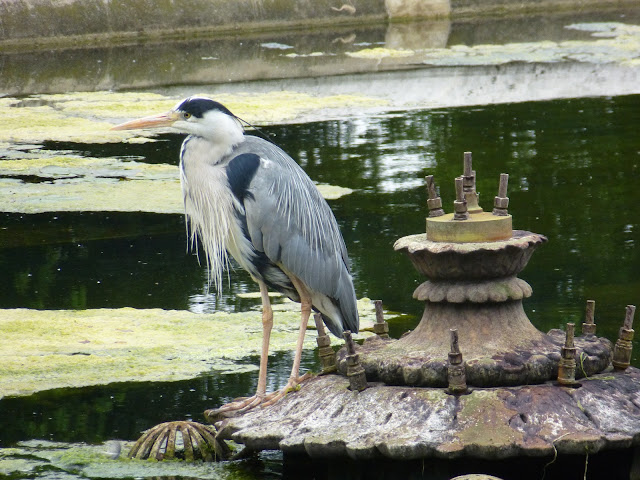 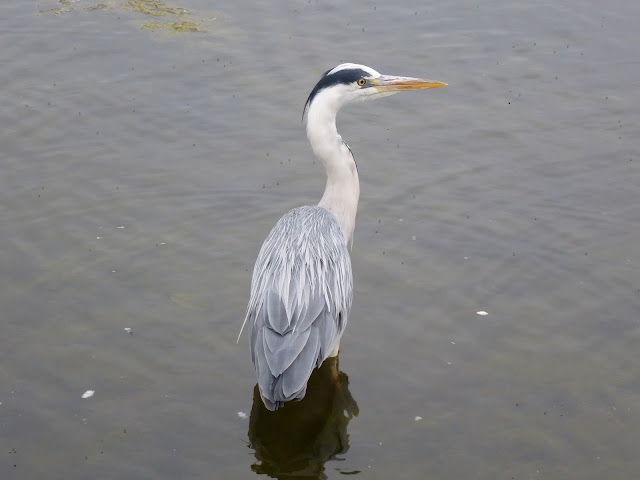 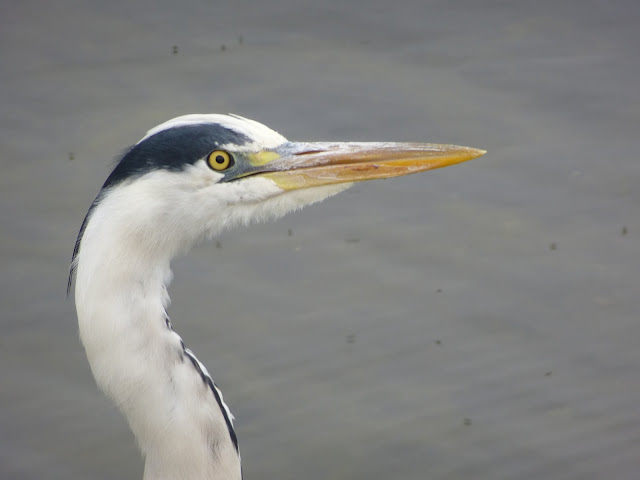 There were also swans, grebes, coots and moorhens. We particularly enjoyed watching a moorhen with two young in a fenced off area of weeds in one of the ponds. The moorhen had pushed down the netting in one part and the young were small enough to go through unhindered. There are several areas fenced off which have been allowed to grow as undisturbed bush. This is a good example of man reacting in the environment and allowing the flora and fauna to develop relatively undisturbed in the centre of a large city.
The Heathrow Express was its normal efficient self as was the Air Canada check in. The same could not be said for the security check. The flight was quite uneventful and we caught the 97 bus home.
Posted by Colin Churcher at 5:51 AM