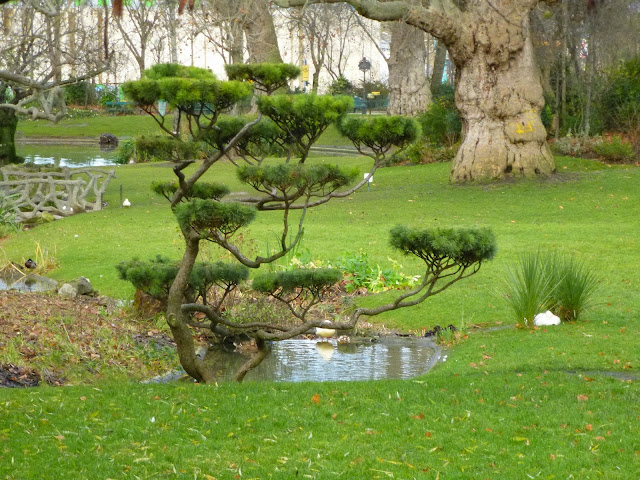 It clouded over later but stayed warm and we enjoyed our walk down to Le Grand Colbert. The Gare Saint Lazare was not too busy and even the military seemed relaxed. The line up to get into Burger King was not as long as it has been on other days. A man was playing the piano and singing to a pretty large crowd. He received an enthusiastic ovation and a couple of soldiers were recording him on their phones. As usual, the Grand Colbert meal was first rate. One of our servers was a young student who was spending three months here as part of her restaurant management course. She said this was the first time she had had to work Christmas Day. Mary started with her traditional pickled herring and then had scallops baked in the shell.  I started with foie gras in a rich fig sauce then kidneys. Both were good. For desert Mary had tarte tatin while I had apple sorbet with a slug of Calvados. 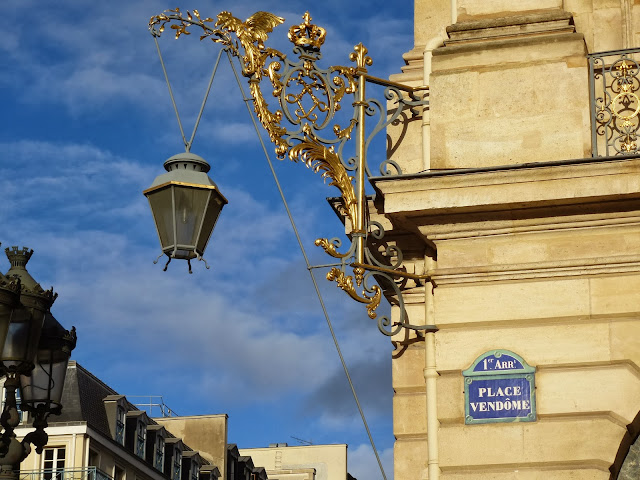 We walked via the Palais Royale and Place Vendome to an organ concert at La Madeleine. It was terrible. The organist seemed to think that loud was the only way to go and the tunes were lost in the cacophony. I was looking forward to the overture to the Mastersingers but the themes were lost in the overall muddy roar. Sitting in this dark and dingy church being assaulted by loud noises was not was not a pleasant and we left before the end.

Posted by Colin Churcher at 2:39 AM