Chinatown in Paris, near Olympiades, is reputed to be the largest in Europe.  It is not very large by North American standards and only covers a couple of blocks along the Avenues d'Ivry and de Choisy south from where they intersect at the rue de Tolbiac (13th arrondissement).  As one would expect, it is more than just Chinese and there are a number of establishments of Thai and Vietnamese origins. There are many restaurants and oriental grocery shops, many with barbequed pork and duck hanging behind the hazy glass of the window. 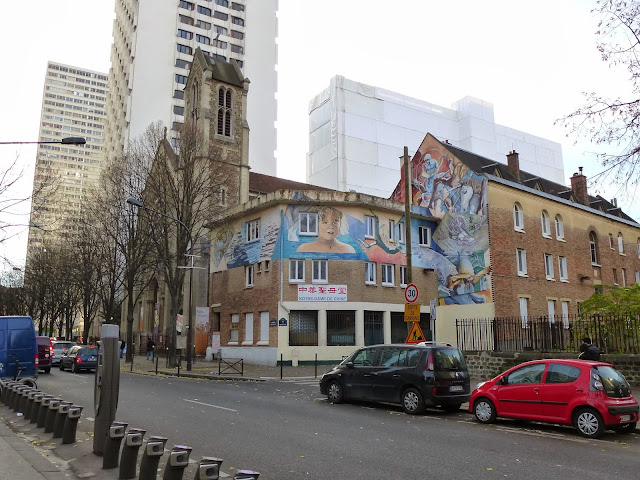 There did not seem to be a dim sum restaurant so we settled for an all you can eat buffet which had a wide selection of passable food, including a couple of dim sum items. Durian flavored ice cream was a novelty and although there was a warning label "strong flavor" it was not so much strong as different. There was a hand drier in the toilet similsr to a Dyson drier but rejoicing in the name of Willy Willy.  It was placed low down and I wonder what else it might be used for.

At Saint Lazare we took a look along Boulevard Haussemann to see the Christmas decorations and displays in front of Le Printemps and Galeries Lafayette.  Le Printemps, with its gold ornamentation, was spectacular in the afternoon sunlight but the better displays were those of Galleries Lafayette.  A number of parents had brought their children to see the puppets but there were a large number of older people as well. 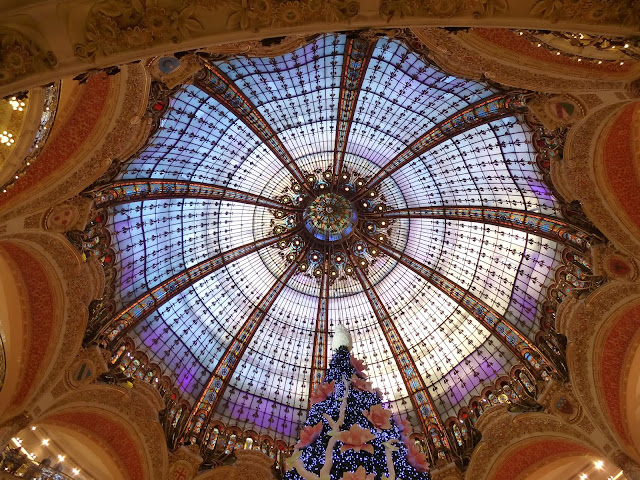 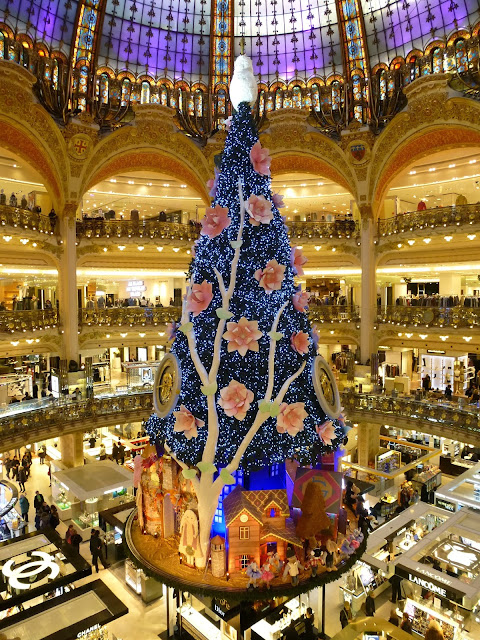 The decorations inside Galeries Lafayette were a little different this year with a large Christmas tree inside and a model railway running around it.  The tree was not suspended from the dome this year which gave a clearer view of the wonderful domed glasswork. The stores were busy with Christmas shoppers, including a large group of orientals, standing amid a vast forest of expensive looking parcels and carrier bags, who were waiting for their tour bus to pick them up.

Posted by Colin Churcher at 7:27 AM