One of the greatest advantages of spending a good amount of time in one place is that we can really get to plumb the depths and figure out what's happening on many different levels. This morning just wandering around we found several different places we hadn't seen before including several interesting alleyways.
Today is Battle of Britain day and there was a wreath laying ceremony at the monument in the quarry park. Representatives from the army, navy and air force were there. 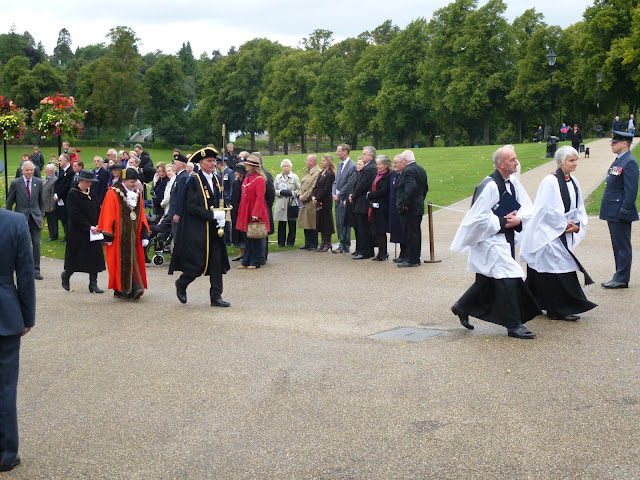 There weren't many people in the Dingle but the colors of the flowers were still bright even though the wind was blowing. We enjoyed watching the seeds from a sycamore tree blowing around like miniature helicopters. Percy Thrower, the radio and tv personality was superintendent here and there is a monument in his memory. 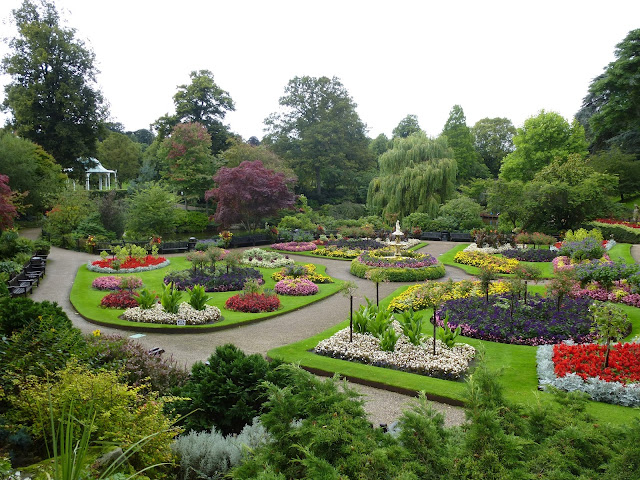 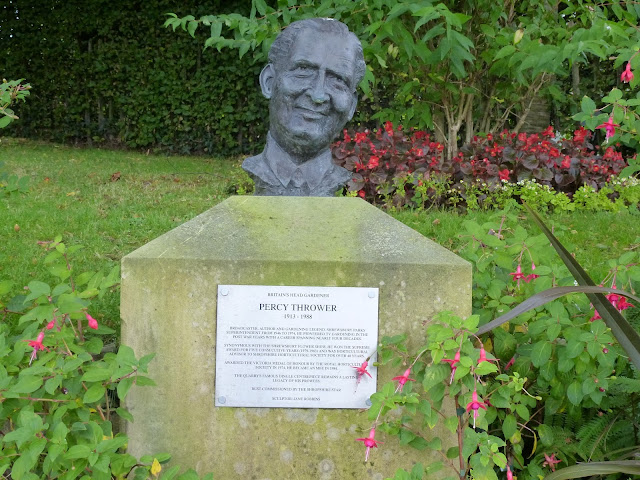 Today is Mary's special day and we started the celebrations in the Three Fishes. Mary had a glass of Addlestones cider while I had a Timothy Taylor Landlord- a pale ale from Yorkshire. 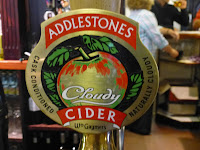 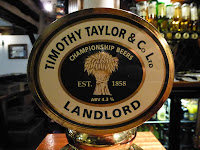 Lunch was at the Loch Fyne restaurant starting with a glass of Prosecco then a glass of New Zealand Sauvignon Blanc/Malbec . The food was pretty good as well. Lobster bisque/charcuterie then hake/surf and turf ending with apple tarte tatin/cheese. There was a Cornish cheddar type and an English Brie (!) but the most remarkable was a Devon blue which, to put it mildly, was very assertive. 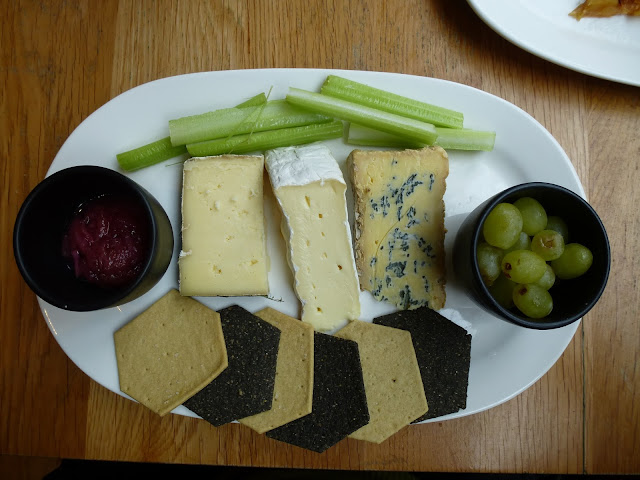 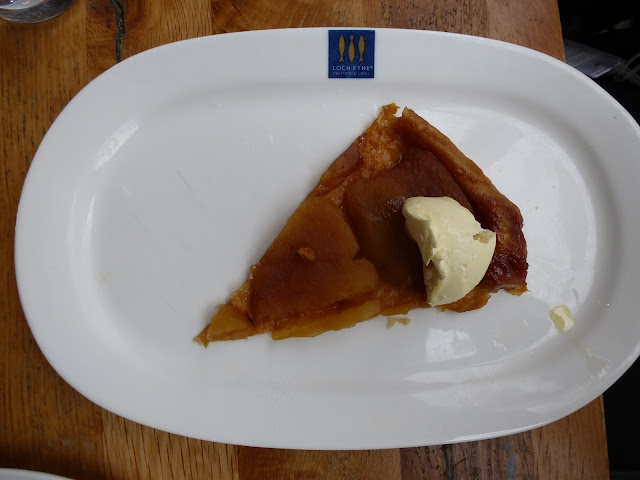 There was an organ concert this evening given by David Leeke at St. Chad's church. We went upstairs and had a good view of the organ. There were pieces by Grayston Ives, Bruhns, Howells, Whitlock and Guimant. The organ has recently been restored and it is very powerful. The Guimant was particularly impressive. 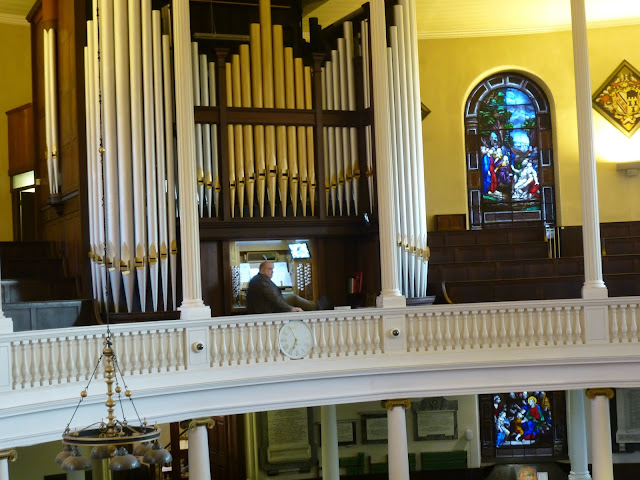 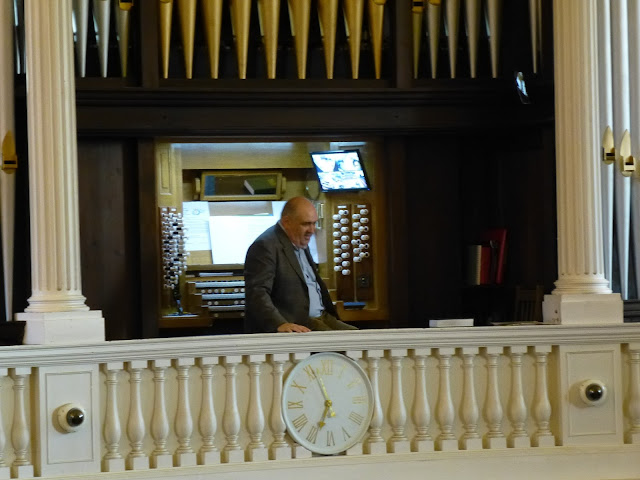 Posted by Colin Churcher at 7:34 AM