Our train was due to leave at 0908 but an ICE to Basel in the platform was about ten minutes overtime while they found a driver then the station and train staff were running around with their red batons without really trying to get the train out. The signal was off for at least 10 minutes which must have had a knock on effect on other trains.
When our train finally arrived it was back to front. The group's 2nd class reservation was at the other end but the first class section was right where we were standing so we traveled first class. Our train finally left about three minutes late.
One of the most striking things about the Dusseldorf underground is how clean the stations are. The platforms were shining. 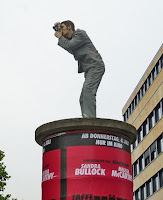 We first walked up the Konigs Allee and found the art nouveau department store which was nothing special. The Hofgarten was very pleasant with many water birds, including a moorhen which was feeding young on her nest. 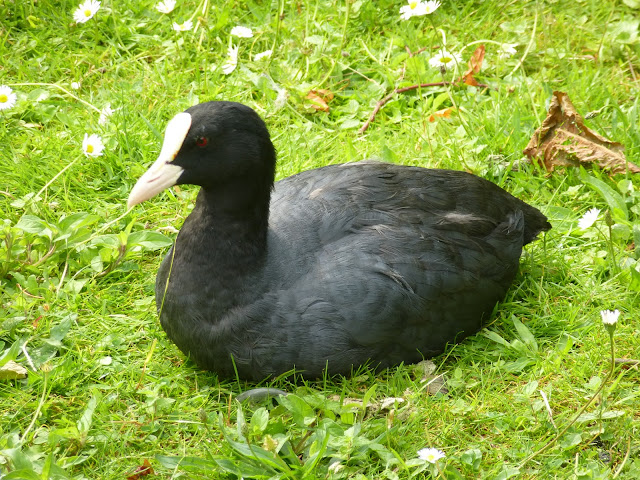 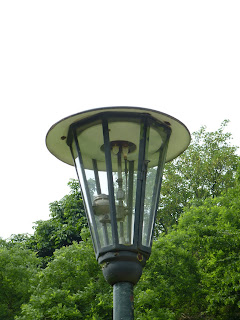 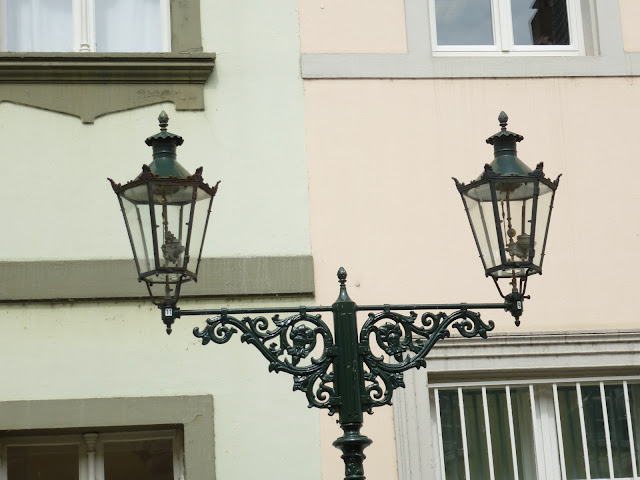 There were some fine street lights still lit by gas. We subsequently found many more.
We then walked along the river, stopping for a latte and ice cream then into the Altstadt. We found a good place for lunch, grilled salmon and fried calf's liver. Both very well prepared. 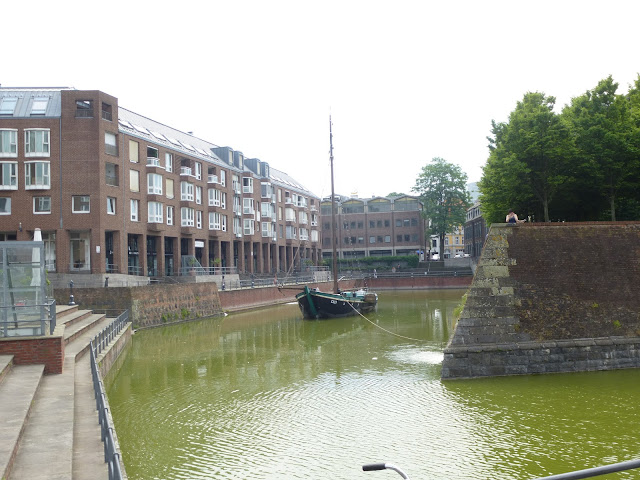 We started riding trams with the 706 to the end of the line at am Steinberg. We then took an anticlockwise 706 but made the mistake of getting off at Sternstrasse hoping to change to a 715 or 701 north only to find that there was a diversion in effect for northbound trams. We then said bugrit and went to the Hofgarten which was cool in the shade.
I tried to get on a HKX train, a new service between Hamburg and Koln in competition with DB but they couldn't accept a Eurail Pass. We took an ICE 3 train back to Koln and I was able to get a seat behind the driver who wanted to keep the door open because of the heat. I was appointed to keep the door open. There was not a lot to see as the windshield is very narrow but I could hear, but not understand, the driver.
We ran under clear signals for most of the way except on the outskirts of Koln where we came to a dead stand - for a few seconds. It is pretty easy to know when we are approaching Koln as the cathedral shows up on the skyline, towering above all else. We left 10 late and lost more time at the Koln station stop where the staff made no attempt to pick up time.

We visited the cathedral this evening. It is big, quite dark and not very inviting. Lots of stained glass. One wonders why?
Walked along the river afterwardsards. Lots of people around and the kids were enjoying splashing in the paddling ponds.
Posted by Colin Churcher at 12:17 AM