It was a beautiful morning and we had the opportunity to walk around in the streets which were practically deserted. There were many signs of last evening's revelry. Many small schnapps bottles littered the streets. 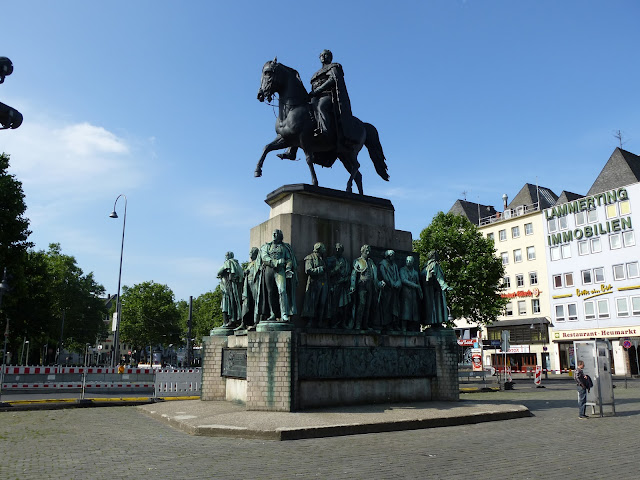 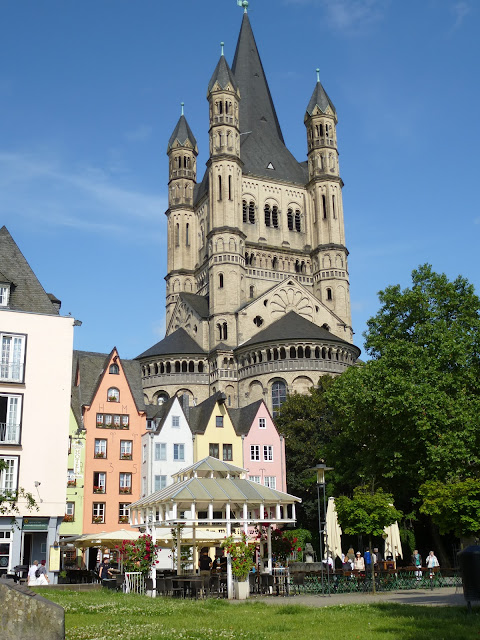 Once again DB managed to wring the maximum confusion out of boarding the ICE. Their computer showed platform 7 but all the printed material showed platform 5. The board on the platform showed a train that had departed much earlier and our train was only shown as it was running in. Of course it was back to front so there was mass confusion as everyone was trying to get to the other end.
Once we had boarded it was a little easier.  The journey to Bruxelles and the transfer to Eurostar was quite easy.  We had to go through two passport and ticket checks in Bruxelles, a ticket check on the train and another full check before they let us out in St,. Pancras.  The UK is becoming even more paranoid than the USA.
A short bus ride to Paddington in bright sunny weather and we checked into the Indigo Hotel.  The manager, Margaret, greeted us as old friends and check in was smooth and quick.
The Mad Bishop and Bear in Paddington station has good beer although the food is not so high quality.  I had a pint of Fullers London Pride and a pint of Fullers Chiswick Brewery bitter.  Both were excellent. Mary had a Tribute which was light and mellow.  The girls were giving us several samples before we made our decision.  Dinner was in the hotel.
Posted by Colin Churcher at 3:01 AM