The 205 bus is a much easier way to get to Euston than the Underground. No steps, no crowds, we had seats and there was a place for our bags
Euston is sterile with 99% of the businesses either selling food or magazines.
Our first class car was right at the bottom of the ramp and the seating was comfortable with seats and tables placed correctly against the windows.
Not a great deal of interest through the window apart from huge fields of bright yellow rapeseed (I doubt if it is called canola over here)
These Pendolino trains were made in Italy from a tilting design that the British couldn't get to work. The train worked fine and the service was excellent but Virgin trains obviously uses Italian communication methods. We got to Birmingham International and the train manager said that he had just found out that the train wasn't going to Birmingham but was going direct to Wolverhampton.  I had already decided to do this and pick up the Shrewsbury train there.
As we ran into Wolverhampton the train manager made his first announcement since Wolverhampton
He apologized profusely for the diversion and finished up
"This is the last stop. If you are leaving the train here please ensure you have all of your belongings with you."
At Wolverhampton the station staff let our train go but there was another leaving ten minutes later.
Our arrival at Shrewsbury was about 20 minutes later than anticipated. The Lion and Pheasant is not far from the station but we had to climb up into the city center and down again to get there.
The lion and Pheasant hotel is not bad and will be fine for two days.
Shrewsbury was at its best in the bright sun. Everywhere you look there are interesting old buildings, half timbered, stone or brick. Most are well maintained and there is evidently money in the town. 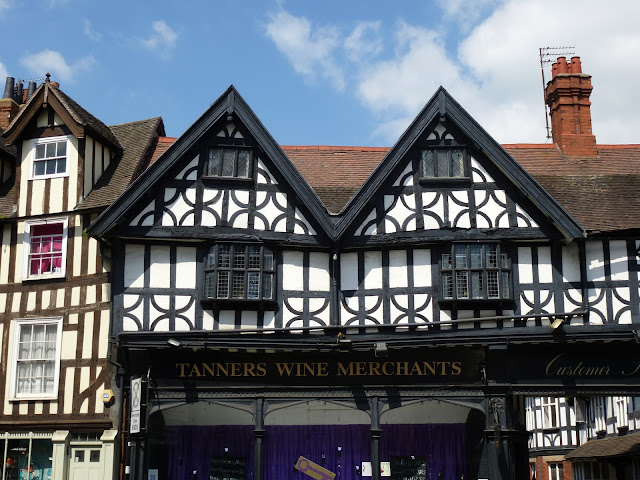 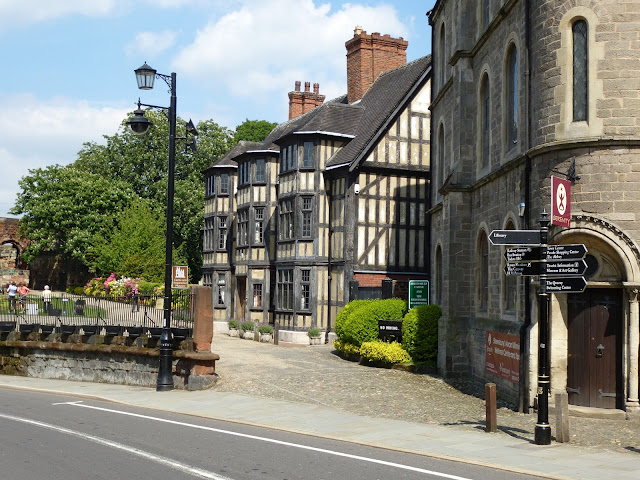 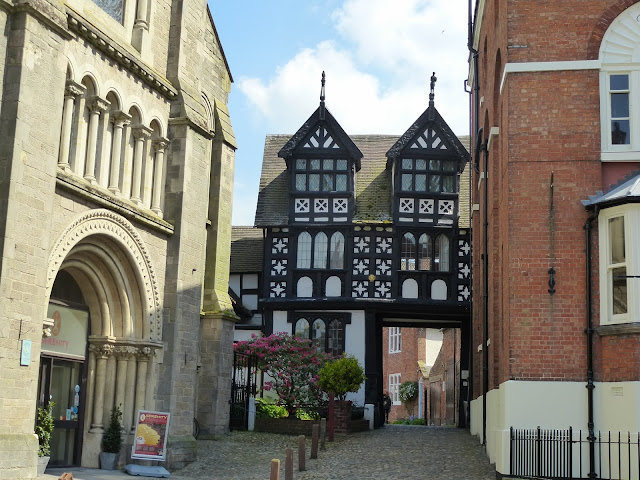 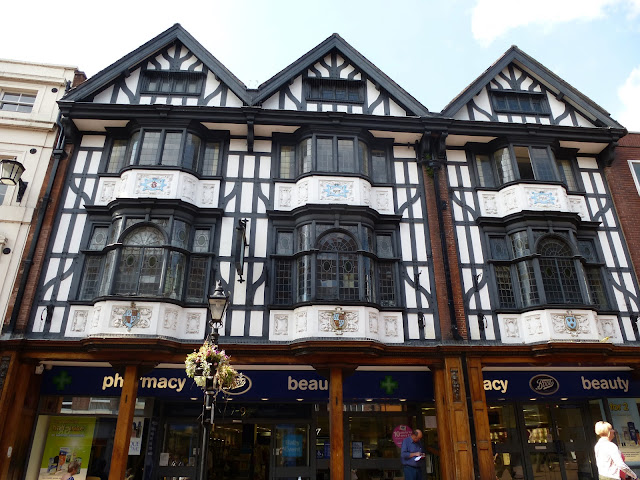 The Loggerheads had a great selection of beers but I eventually settled for a pint of mild which is not easy to get these days. A man at the bar asked where I came from and was surprised when I said "Orpington".  He thought I was South African. 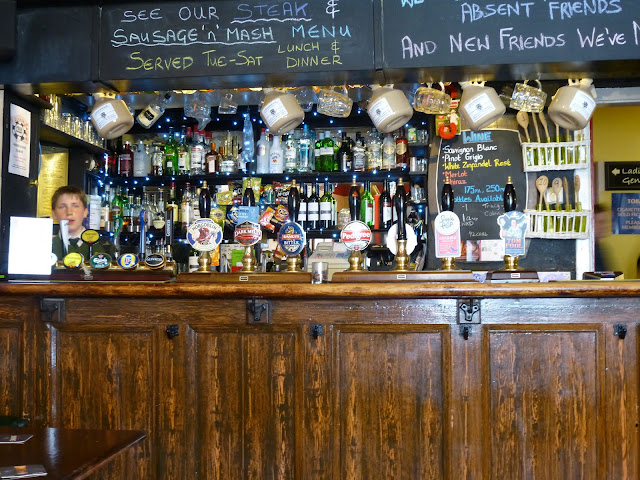 The quarry or Dingle is a wonderful ornamental garden where we watched and listened to several pairs of robins. 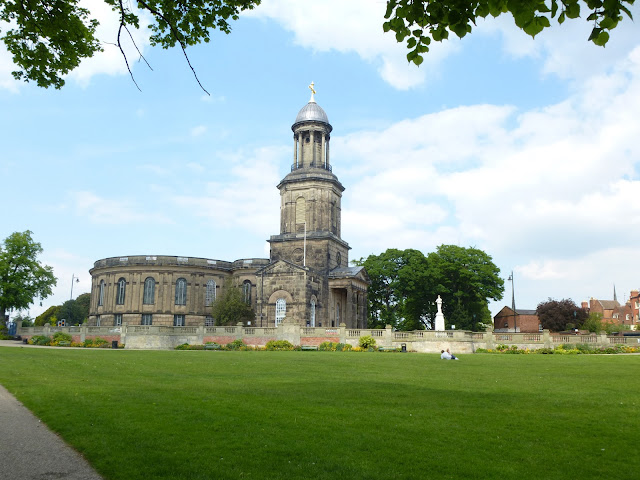 Several rowing crews were taking their boats out for practice.  We were amazed at how long the eights were.
Dinner was at the hotel and was the best we have had for some time. - Gravlax/Roquefort, pear and walnut salad - Sea trout with Devon crab - the trout was cooked to perfection. - Duck breast as tender as it is possible to get The bar had an excellent light beer. The service was attentive and the whole meal was wonderful.
Posted by Colin Churcher at 5:05 AM